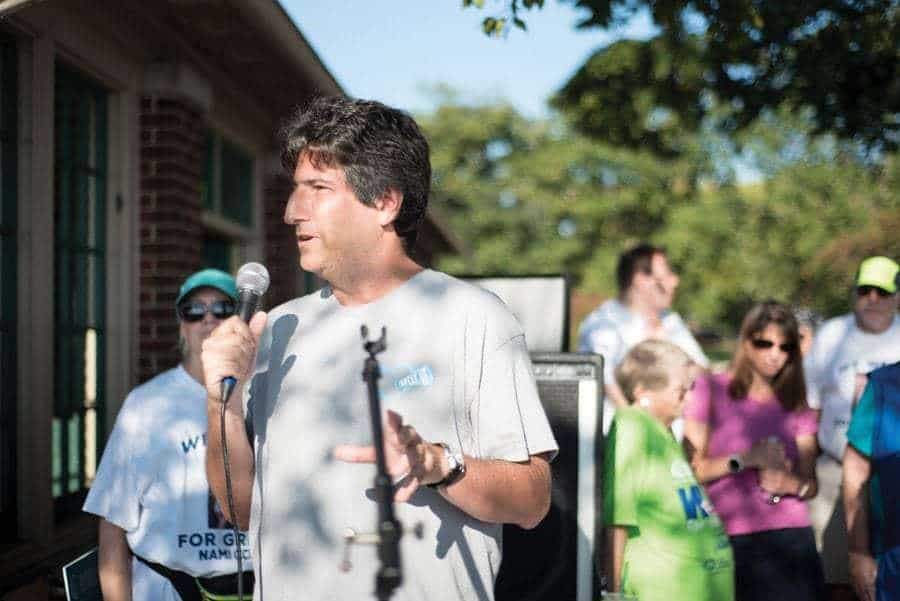 Steven Arkin, father of Jason Arkin who took his own life in 2015, gives a speech at the NAMI Cook County North Suburban 5k RUN WALK. The walk, which was located on campus, was held to raise awareness against mental illness stigma.

For the first time since his son’s death in May 2015, Steven Arkin stepped onto Northwestern’s campus to speak at a fundraiser Sunday about mental health.

In a speech to participants in the National Alliance on Mental Illness Cook County North Suburban 5k RUN WALK, Steven Arkin stressed the importance of eliminating the stigma surrounding mental illnesses.
Because Jason Arkin was diagnosed with “depression, anxiety and perfectionism,” his father said he wanted to spread awareness about mental health on college campuses.

“I needed to be back here at Northwestern … because what we need to do is to have our young people talk to us,” he said. “It is OK to talk about your illness because that’s the only way you’re going to be treated and live mentally well.”

This was the first time the annual 5k — hosted by NAMI — was held at NU, said Sue Ockerlund, the group’s Cook County North Suburban development director. The event raised about $110,000, which will help NAMI provide free psychological counseling services, she said.