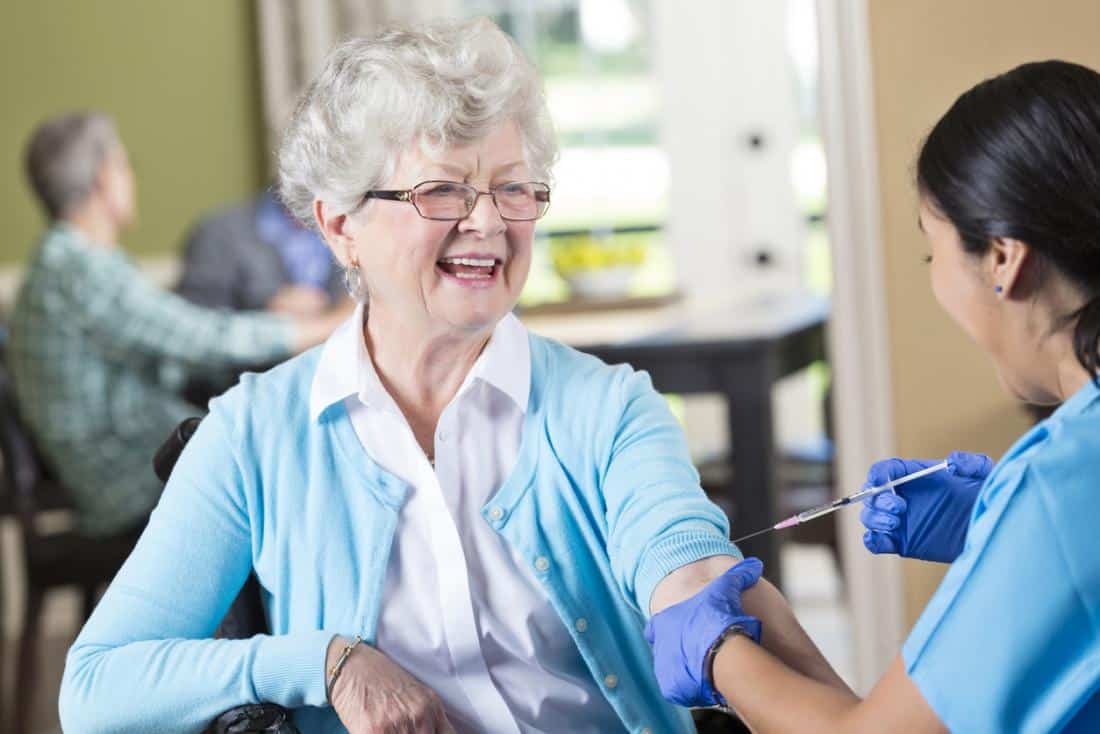 Vaccines are an important preventive measure against influenza, but they are often much less effective in the elderly. A new study suggests that seniors who get their flu shots while in a good mood have a better response to the vaccine.

Flu vaccines are an easy and important preventive measure against seasonal influenza viruses. Many, if not most, of us choose to go through the mild and short-lived discomfort of getting a flu shot each year so that we may avoid coming to more grief later.

The most recent data provided by the Centers for Disease Control and Prevention (CDC) show that vaccination reduces the risk of catching the virus by 40 to 60 percent among the general United States population.

Overall, however, the vaccines tend to be more effective for children, teenagers, and adults up to 65 years of age. Seniors, studies suggest, tend to have a poorer response, and the vaccines are not always effective in keeping the illness at bay.

Still, the CDC urge adults aged 65 and over to keep getting their flu shots, since influenza viruses can have much more serious effects on seniors, possibly leading to hospitalization and a higher mortality risk.

Now, a study conducted by researchers based at Nottingham University in the United Kingdom looks at why vaccines may be more effective for some older adults, but not for others.

Prof. Kavita Vedhara and colleagues noted that the vaccine was more effective in seniors who turned up for their flu shot in a good mood, but less so in their unenthusiastic counterparts.

“Vaccinations are an incredibly effective way of reducing the likelihood of catching infectious diseases,” explains Prof. Vedhara. “But their Achilles heel is that their ability to protect against disease is affected by how well an individual’s immune system works.