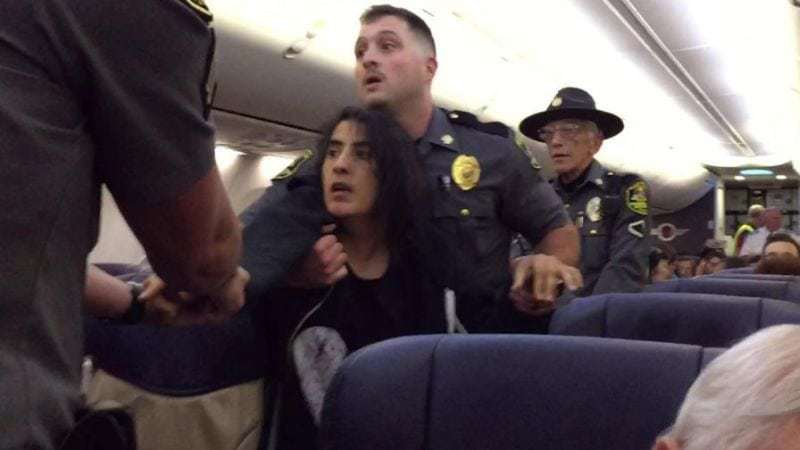 A Baltimore woman was forcibly removed from her Southwest flight headed from Baltimore to Los Angeles after she stated that she had a dog allergy.

The incident unfolded Tuesday night after Anila Daulatzai, a professor at the Maryland Institute College of Art, alerted the crew that she had severe allergies to dogs, and asked that an emotional support dog and a pet dog that were on the flight be removed.

Of course, the dogs didn’t get removed, and once she couldn’t prove that she had a health risk by showing a health certificate, the officers dragged her off the plane, and while doing so, ripped her pants.

Passenger Bill Dumas shot footage of the incident and said people were begging her to cooperate as the officers were pulling her down the aisle.

“They spent a long time talking to…