Stars Rally Around Julia Louis-Dreyfus After Her Breast Cancer Diagnosis 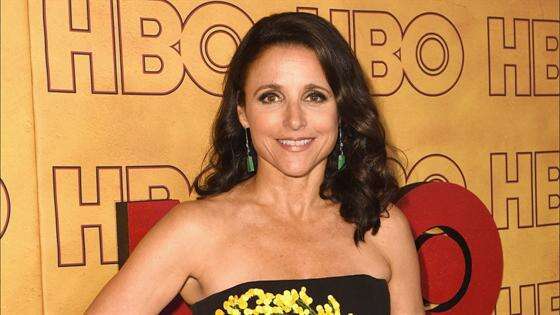 After the Veep actress announced her breast cancer diagnosis on Twitter on Thursday, everyone from celebrities to politicians sent the multi-Emmy winner words of encouragement and affection.

“1 in 8 women get breast cancer. Today, I’m the one,” a note penned by Louis-Dreyfus read in her tweeted announcement. “The good news is that I have the most glorious group of supportive and caring family and friends, and fantastic insurance through my union. The bad news is that not all women are so lucky, so let’s fight all cancers and make universal healthcare a reality.”

Some of these supportive tweets came from Louis-Dreyfus’ current and former co-stars. For instance, Jason Alexander, who starred in the TV hit Seinfeld with Louis-Dreyfus, tweeted his kind thoughts.

“@OfficialJLD so sorry you have…