Support groups a lifeline for those with breast cancer 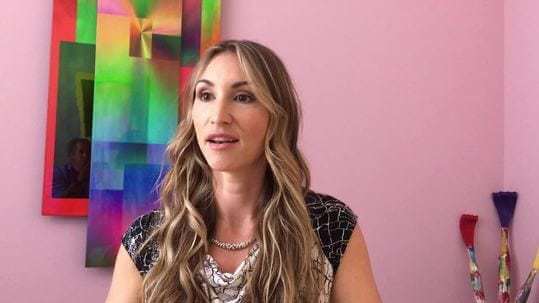 For Adina Brooks, a diagnosis of breast cancer was a shock.

“I was a pretty healthy person. I watched what I ate, I was active, commuting into the city. It was a huge shock for me,” Brooks says. “It (her diagnosis) meant going to a dark place where there were many unknowns.”

Her breast cancer meant she had to think about her daughters in elementary school, who were six and nine years old when she was diagnosed last May. Brooks began treatment in early June.

“It was the first second and third thing I thought about,” says Brooks.

Yet Brooks considers herself one of the lucky ones with built-in support from her personal network including her husband and family, but she also looked outside that network for a support group where she could be with others in treatment.

“I’m extremely lucky; I have amazing friends and family— none are in treatment. But it’s nice to have a place where you can talk about it. Sometimes you don’t have to say much.”

The group is a mix of genders at different stages of the disease.

“It’s a nice balance; the fact that it is more general you meet other folks and get out of your own head,” says Brooks. “For me, it’s useful reminding yourself that you aren’t alone.”

The group teaches guided meditation, how to cope — including dealing with anxiety — and other specific topics.

“It’s a place where you can vent feelings in a safe place and not feel guilty,” she says.

Support groups like this have evolved to include both traditional and wellness topics which are focused on a particular non-medical activity that might include book clubs and yoga.

The Support Connection, for example, offers a range of support groups and programs for people dealing with breast and ovarian cancer.

“We offer a variety of programs and services because each person is different and what is helpful to one person may not be helpful to another person,” says Barbara Cervoni, who runs the Yorktown-based Support Connection.