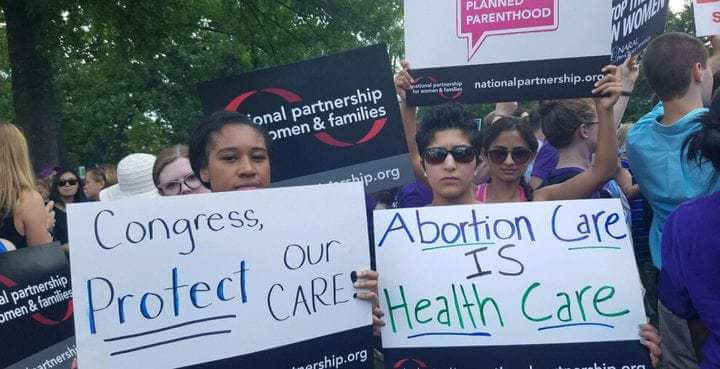 In many ways, our country is facing some of its toughest times right now, with an administration and leaders in both chambers of Congress whose positions and policies reflect cruel disregard for people who are poor and vulnerable – and often are grounded in blatant misogyny. The viciousness and ferocity of their anti-woman, anti-worker, anti-immigrant agenda has been a shocking departure from the actions of previous leaders, even those with whom we mostly disagreed. It should be no surprise, then, that our opponents’ actions have unleashed resistance like this country has not seen in decades.

The strength of that resistance, and the diverse, powerful leaders who are driving it, will shape our future. I have confidence in the resistance because I have confidence in my country – and I believe real success must go beyond defeating the dangerous and destructive policies proposed by those who hold power now. We also must reassess all our laws, programs and priorities so we become the country we’ve always wanted to be – one that is free, fair and just, where nobody has to experience discrimination and all families have a real chance to thrive.

We will never be that kind of country as long as punitive, discriminatory policies like the Hyde amendment are on the books. For 41 long years, this shameful policy has penalized low-income women by withholding coverage for abortion care from those enrolled in Medicaid, who are disproportionately women of color. The Hyde amendment makes abortion care unaffordable for most of them and unattainable for much too many.

The politicians who wrote and keep reaffirming Hyde, year after year, apparently believe the amount of money a woman has should determine her access to health care – that if you are…