Economic recovery extends to 18 months for Americans with disabilities 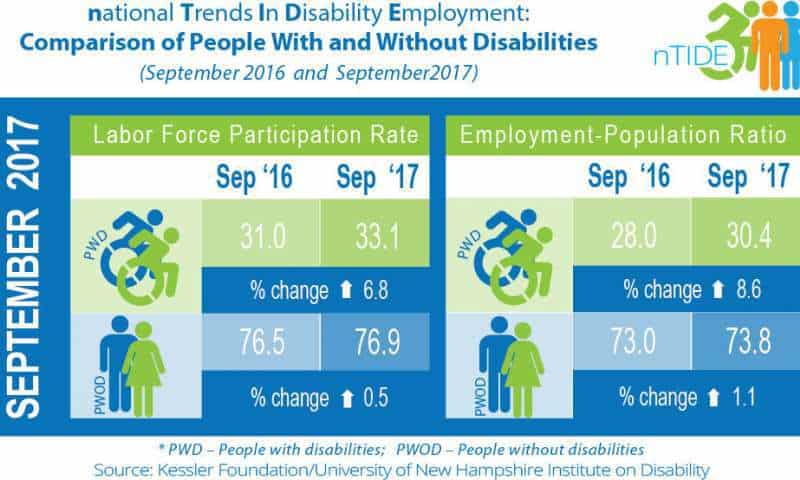 Americans with disabilities continue to close in on pre-recession employment levels with yet another month of strong job numbers, according to today’s National Trends in Disability Employment – Monthly Update (nTIDE), issued by Kessler Foundation and the University of New Hampshire’s Institute on Disability (UNH-IOD). This extends the record trend to 18 consecutive months for this population.

The process of recovering from disabling injuries often hinders people of working age from returning to work. Many inpatient rehabilitation facilities do not offer employment-oriented services, and after discharge, these services are fragmented or nonexistent. To help individuals stay in the workplace, researchers are looking at the impact of incorporating access to vocational counseling and resources into the medical rehabilitation process.

“In spite of Hurricanes Irma and Harvey, which were predicted to slow job growth, the proportion of people with disabilities working continued to improve for the eighteenth consecutive month,” according to John O’Neill, PhD, director of employment and disability research at Kessler Foundation. “This growth is positive,…