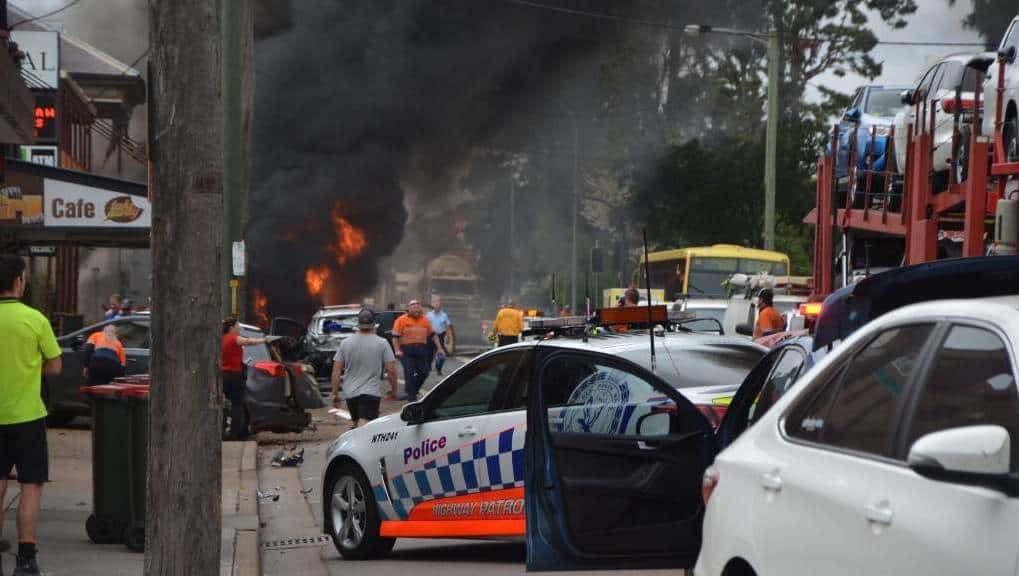 A man has been charged with 10 offences after he allegedly took a stolen semi-trailer on a rampage through a Hunter Valley town on Wednesday, crashing into cars and buildings and causing a fireball to erupt.

The main street of Singleton was left looking like a war zone after Rodney Johnson, 29, allegedly crashed into several cars, injuring eight people, just before 9am.

One of the injured people, a 64-year-old man, is fighting for his life after being trapped in his car when it was hit by the semi-trailer, which was carrying mushroom compost.

Police are investigating whether mental illnesses suffered by Mr Johnson played a role in the incident. It’s understood Mr Johnson, a truck driver who says on his Facebook profile that he is from the NSW town of Quirindi but lives in Penrith, may have been trying to find work as a driver in the area.

Mr Johnson was arrested at the scene and, after being treated for minor injuries in hospital, he was charged overnight with stealing a motor vehicle, two counts of not stopping during a police pursuit (known as Skye’s Law), two counts of using an offensive weapon…