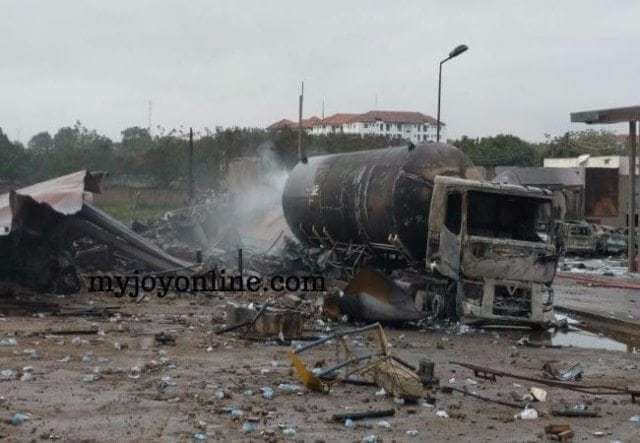 It was around 7pm that gloomy Saturday night when I turned on my WhatsApp chat to catch up with the world, only to be greeted with over 200 flashing messages.

I wondered what that meant because I had cleared all the messages around 3pm that day. And normally, Saturdays tend not to be too busy with WhatsApp messaging.

In my curiosity, I started opening group chats for that is where one normally gets the gossips in town. Then I flipped through individual chats and almost all the messages coming through were the same.

To my dismay, vivid and gloomy pictures of what looked like the rapture itself were popping up. All fingers were pointing to an explosion at Atomic Junction, a suburb of Accra. On one platform, someone living in Aburi could see the smoke even from that distance. Friends and family members living outside the country had all heard about an explosion in Accra and were calling to find out.

I turned on the television well and behold what I was seeing on WhatsApp was confirmed. A Gas explosion? My immediate reaction was a soliloquy. Those deadly accidents were becoming one too many. When were we going to see an end to explosions and fire outbreaks at gas or fuel stations and the utter devastations they visit on us?

Over the last few days as the results of the explosion gained currency, I have learnt to my charging that in a space of three years, between 2014 and 2017, our country has experienced eight deadly gas explosions. This is aside of the notorious fire and flooding incident that occurred at the Kwame Nkrumah Circle in Accra on June 3, 2015, where nearly 130 souls were lost needlessly.

A crippling unforgettable happening which we all swore never to see happen again to us as the nation. We swore, or better still, our leaders promised us that they would put things in order so that such catastrophes would not happen to us again.

No lessons seem to have been learnt, unfortunately.

We do not seem to take safety serious. Yet when something happens, we quickly blame others. We always forget that our attitudes play major roles in the kind of disasters that we encounter on day to day basis. It is rightly said that accidents don’t just happen. They are caused.