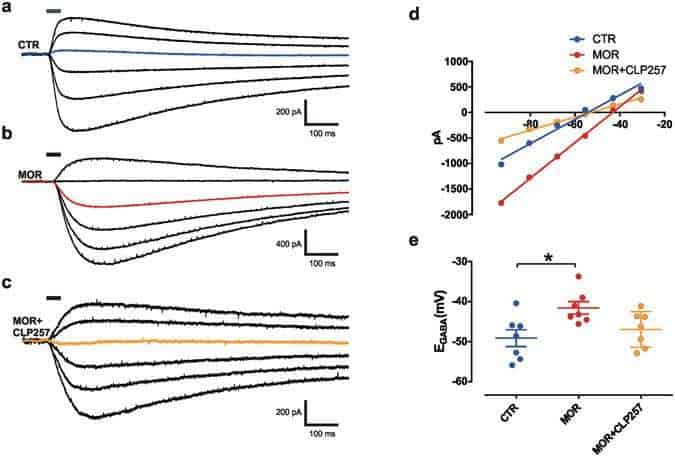 Paradoxical morphine-induced hyperalgesia (MIH) is a form of nociceptive sensitization in which subjects exposed to morphine treatment develop a paradoxical increased pain sensitivity or exacerbate pre-existing pain1, 2. The phenomenon has received increasing attention in clinical settings where it is often referred to in terms of diffuse pain sensation or allodynia in areas unrelated to the pain site for which the morphine treatment was prescribed2,3,4. The overall increase in pain sensitivity diminishes morphine analgesia thus limiting the long-term use of morphine in chronic pain patients. Importantly, MIH has clinical features clearly distinct from tolerance and withdrawal3. For example, while increasing morphine doses alleviates tolerance, the same approach was found ineffective or even counterproductive in targeting MIH5, 6.

Recent advances have helped unravel the molecular and neuronal mechanisms underlying MIH. Although some investigators have referred to MIH in association with morphine tolerance or withdrawal, it is now well accepted that they are sustained by distinct biological processes. For example, in contrast to MIH, tolerance was associated with platelet-derived growth factor receptor-β receptor signaling7 and a recent report identifies microglial pannexin-1 overexpression as a distinct substrate for withdrawal to morphine8.

We recently identified a microglia-to-neuron pathway in the spinal dorsal horn which specifically causes MIH, without affecting morphine tolerance9. Interestingly, the uncovered molecular pathway recapitulates the mechanistic sequelae observed in nerve-injury models10, suggesting a commonality of mechanisms between MIH and neuropathic pain9,