What Happens to Survivors of Mass Shootings Like Las Vegas? 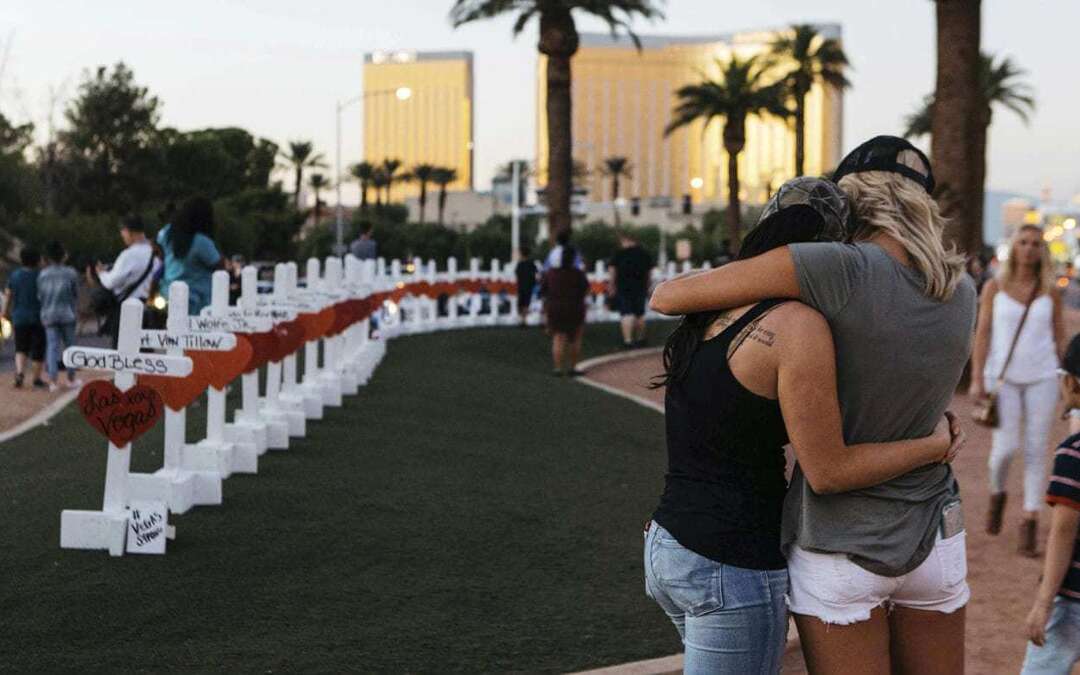 When a gunman who had coolly calculated his strategy for maximum damage opened fire on a crowded concert in Las Vegas earlier this month, he killed 58 people, making it the deadliest mass shooting in modern U.S. history. Numerous media outlets have painstakingly assembled the stories of those who died and humanized them in death. But somewhat less discussed are the 489 other individuals he injured.

We know from examining the aftermaths of other mass shootings that these hundreds of injured have a long and difficult journey ahead of them, and one that’s likely to be forgotten as headlines about the Las Vegas massacre inevitably fade. While they may drop from the news cycle, survivors and witnesses often live with a lifetime of psychological and physical issues – and could struggle to find help as Trump and his fellow Republicans work to gut Obamacare.

Mary Reed was shot three times during the shooting at a January 2011 event in Tucson for then Rep. Gabby Giffords. Reed tells Rolling Stone people have expressed to her, “I don’t want to speak with her – she was only injured. I want to speak with someone who was really affected.”

Reed, who attended the event with her husband and two young children, was shot while shielding her daughter from gunfire. She now lives with a bullet lodged in a nerve bundle near her spine, causing intractable chronic pain. For her, every new mass shooting reminds her of how society focuses on killers and fatalities, but tends to forget those who live through such tragedies with injuries or disabilities.

Living through these events isn’t easy. Jeremy Cannon, a trauma physician at Penn Medicine who served three tours in Iraq and Afghanistan, says the kinds of injuries inflicted by semiautomatic weapons like those used in Las Vegas are distinctive, and especially challenging to treat.

High-velocity weapons carry a lot of kinetic energy, which can cause huge amounts of blood loss, Cannon says. And that’s not the only problem. “When they strike tissue, it just creates a tremendous amount of destruction,” he says. The full extent of such injuries isn’t always apparent, complicating treatment. For instance, tissue death that may not be apparent on initial evaluation can cause serious, even fatal, complications. Survivors may deal with a lifetime of acquired physical disability thanks to bullets that cannot safely be removed, spinal cord injuries or limb loss.

Cannon’s experience in military contexts gives him a personal relationship with the kinds of injuries seen in Las Vegas, and he notes many of the improvements that help physicians treat injured patients come from military practice. But, he adds, “in some ways the mental anguish can be as much, if not more, devastating than the physical wounds.”

That emotional trauma is a significant fear for mental health providers as well as survivors who have been there and know what Vegas survivors are facing. “I am profoundly concerned about how people are going to be able to heal from this,” says Reed, noting she found it particularly hard to find mental health support for her children after the Tucson shooting; she has a vivid memory of watching her son “pick brains and blood out of his sister’s long blond hair.” The shooting also profoundly changed her sense of personal safety and control. But friends and neighbors didn’t know how to interact with the family. Reed remembers people suggesting to her, “Oh, you were only injured.”

Steven Berkowitz, director of the Penn Center for Youth and Family Trauma…