What is Opioid Use Disorder? 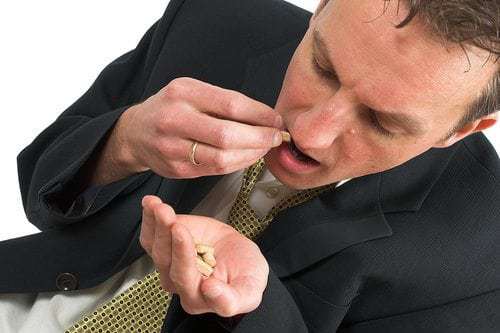 You’ve probably heard or seen the phrase “Opioid Use Disorder.” It’s a broad term currently being used to describe not only opioid addiction, but patterns of behavior that might be a sign of addiction or lead to addiction.

If that sounds like they’re putting the cart before the horse, it’s because they are.

“Every day, more than 90 Americans die after overdosing on opioids. The misuse of and addiction to opioids–including prescription pain relievers, heroin and synthetic opioids such as fentanyl–is a serious national crisis that affects public health as well as social and economic welfare.”

Notice how they lump prescription pain relievers in with heroin and illicit fentanyl?

The more I research, the more I find this common thread of illogical thinking. The government consistently lumps pain medication in with illicit drugs.

Here’s another example from the NIH:

“In 2015, more than 33,000 Americans died as a result of an opioid overdose, including prescription opioids, heroin, and illicitly manufactured fentanyl, a powerful synthetic opioid. That same year, an estimated 2 million people in the United States suffered from substance use disorders related to prescription opioid pain relievers, and 591,000 suffered from a heroin use disorder.”

Substance use disorders “related” to pain relievers? Heroin use disorder? That got me wondering how many drug “disorders” there are.

Alcohol Use Disorder (AUD): About 17 million Americans have AUD. According to the CDC, alcohol causes 88,000 deaths a year.

Tobacco Use Disorder: Nearly 67 million Americans use tobacco. According to the CDC, cigarette smoking causes more than 480,000 deaths a year.

Cannabis Use Disorder: Over 4 million Americans meet SAMSHA’s criteria for a substance use disorder based on their marijuana use. No estimate is provided on the number of deaths caused by marijuana.

Stimulant Use Disorder: This covers a wide range of stimulants that are…