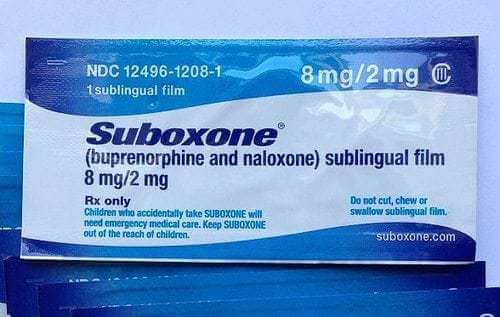 Buprenorphine is the darling of the addiction treatment industry, rapidly replacing methadone as the “medication assisted treatment” of choice for opioid use disorder (OUD) and addiction.

Class II controlled substances, like hydrocodone, oxycodone and morphine, require a new prescription each month and can neither be refilled nor phoned in.

The only federal limitations on prescribing buprenorphine for OUD is that a physician must complete mandatory education and treat only a limited number of patients (currently 275).

Ironically, these restrictions do not apply when buprenorphine is prescribed off-label for pain, leading some physicians and patients to turn to buprenorphine for chronic pain as class II opioids become increasingly unavailable.

Yet without training on buprenorphine’s unique pharmacology and its implications, physicians treating chronic pain may be unaware of the risks it presents.

Buprenorphine’s Effect on Other Opioids

Buprenorphine is an opioid that acts as an agonist of the mu opioid receptor (MOR), which causes pain relief, just like class II opioids. It also has side effects similar to other opioids, including tolerance, dependence, abuse potential, constipation, sedation and potentially fatal respiratory depression.

What distinguishes buprenorphine from other opioids is that it is only a partial MOR agonist (50%). Thus the effects of buprenorphine — both pain relief and the undesirable side effects – don’t exceed half that of other, full agonist opioids.

Buprenorphine also has a ceiling of maximum effect that reaches a plateau as the dosage is increased. The ceiling is well below what can be obtained with morphine and other opioids, but the side effects can still lead to death in opioid-naïve patients. Buprenorphine has a long plasma half life, binds very strongly to MOR, and remains bound for extended periods of time. Its usefulness in treating OUD is believed to lie in these properties, because it activates MOR sufficiently to curb drug craving, but not enough to elicit reinforcing euphoric effects that can lead to addiction.

When an opioid that has higher analgesic potency, but lower MOR affinity, such as morphine or heroin, is also administered, buprenorphine wins the battle to bind and remains bound to MOR. It can displace both heroin and naloxone from MOR, but neither can displace buprenorphine. Naloxone can be effective when co-administered with buprenorphine — as it is in combination drugs such as Suboxone — but not after the administration of buprenorphine. By then it’s too late.

Buprenorphine is also a kappa opioid receptor antagonist, which is thought to further reduce euphoria and addictive reinforcement. That’s great for patients with OUD, because it helps them resist the temptation to abuse illicit opioids, and dampens or eliminates the effects of heroin or other opioids should they relapse.

Increasingly, buprenorphine is being advocated for chronic pain patients. With no more “proof” of efficacy for treating chronic pain than any other opioid, it has emerged as a less objectionable opioid because it appears safer in the eyes of addiction treatment specialists, such as Dr. Andrew Kolodny, who object to full MOR agonists for chronic pain.

Yet safety is in the eyes of the beholder. Despite its decreased abuse potential, buprenorphine can still be abused…