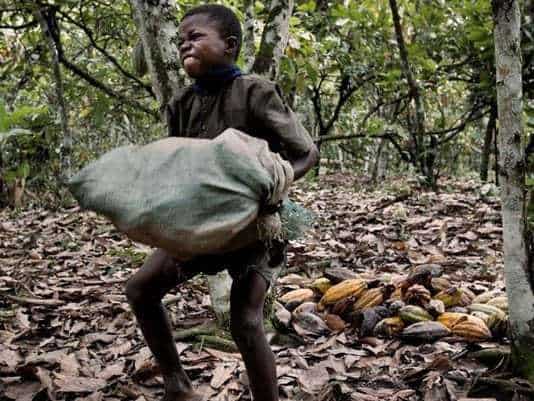 Assin-Fosu (C/R), Oct. 19, GNA – Carrying of heavy loads on the head is the most common child labour occurrence on cocoa farms in Ghana, according to research reports.

Mr Prince Gyamfi, the Deputy National Coordinator of International Cocoa Initiative (ICI), told journalists at a training programme that by law, children were not permitted to carry head loads, which were more than 30 per cent of their total body weights, over distances beyond three kilometres.

However, he said, the farmers complain that it was challenging to comply because it was impracticable to daily carry weighing scales to their farms to take the measurements.

The ICI is working with the media, state actors and civil societies to ensure that children in cocoa growing communities in the Ashanti, Central, Eastern and Western Regions, enjoy their full rights to grow and develop into healthy and productive adults for nation building.

Several medical research has cautioned that carrying heavy loads on the head, over time, could result in the early onset of degeneration of the bones, nerves, muscles, ligaments and tendons in the neck region.

This means that putting too much pressure or compressing the structure of the neck would lead to injuries that would cause pain or dislocation of muscular skeletal in the spine, which could radiate to the arms in the future.

Mr Gyamfi, therefore, urged stakeholders in the fight against child labour to join efforts in addressing the problem, which he said, was also categorised as a hazardous activity, under…