Q&A: Cristina Martins, the MPP who wants to end the tyranny of mandatory high heels 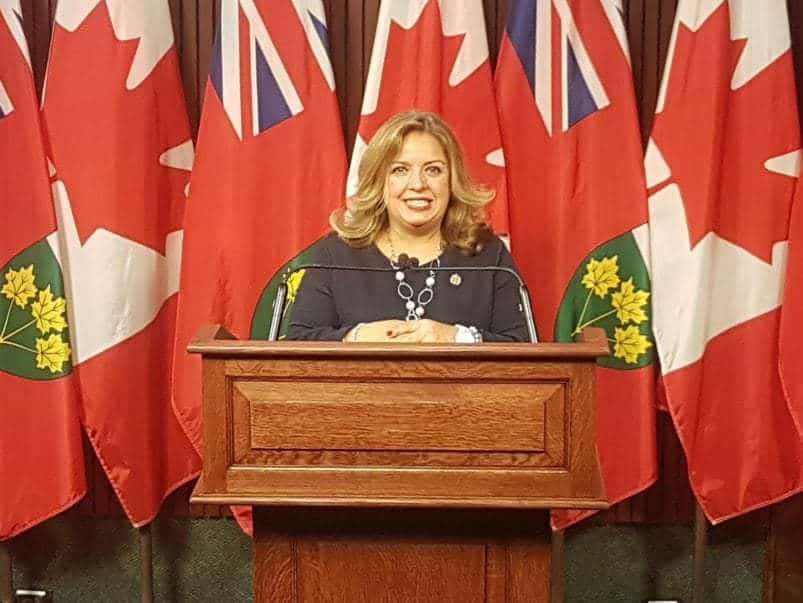 Earlier this week, Davenport MPP Cristina Martins introduced a private member’s bill at Queen’s Park called the “Putting Your Best Foot Forward Act.” In it, she proposes amending the Ontario Health and Safety act to prohibit employers from forcing employees to wear high heels (and other potentially unsafe footwear) in the workplace. We spoke with her about the perils and politics of shoes, and why, when it comes to high heels, she’s pro-choice.

What motivated you to introduce this bill?
This isn’t a new issue. For many years I have heard from women across Ontario who have suffered from workplace injuries because of policies mandating that they wear high heels. We’re talking foot swelling, blisters, bunions, bleeding, broken ankles, sprains, back pain and other long-term injuries that may mean a woman is unable to go to work.

Isn’t this also a matter of sexism and civil rights? Not a lot of workplaces expect men to wear uncomfortable and dangerous footwear.
Exactly. This is a health and safety issue, but it’s also one that impacts a certain gender. The equivalent would be if construction workers were made to wear flip-flops on the job.

Except that men in flip flops doesn’t connect to larger issues around gender expectation and forced sexualization.
Right. A lot of people are very surprised that in 2017 there is an expectation that women should wear heels. We’re not saying that women…