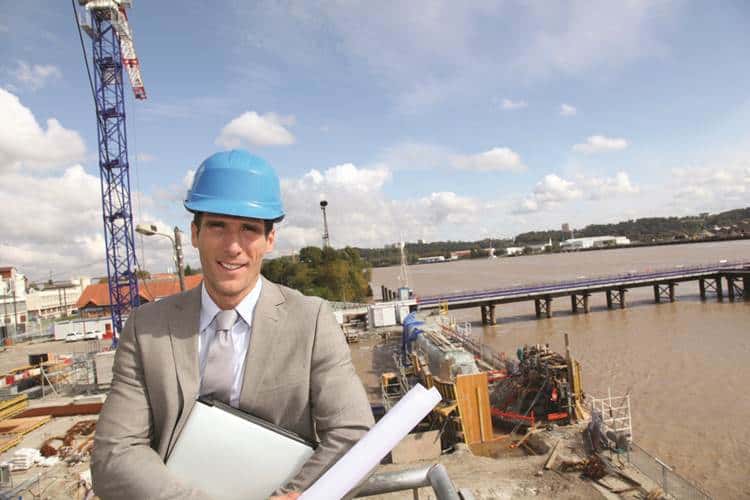 The right insurance policy could help you stay above water after a workplace incident.

The day-to-day job of marine construction workers has many potential hazards. While restoring shorelines, dredging harbors, repairing bridges and building docks, they often operate heavy machinery. Manning cranes, forklifts and excavators day or night, it is not uncommon to work in sweltering heat, freezing cold temperatures and an array of other challenging weather conditions. With all of this in mind, it’s safe to say the risk of danger is greater for people in this profession than your average line of work.

When injuries happen, workers and employers, already bound by regulatory red tape, are thrust into a dizzying maze of laws and jurisdictions to file a claim and collect payment for hospital bills and missed paychecks. This convoluted process is particularly daunting for smaller companies and the many marine construction workers classified as independent contractors who are responsible for meeting their own insurance needs.

For starters, there are multiple laws that govern maritime worker protections, and they overlap in many respects. This creates gray areas that can take time – and lawyers – to interpret. Each state has its own workers’ compensation statutes that govern who can file for benefits, the amount of benefits available and how long the benefits last. On the federal level, the Longshore and Harbor Workers Compensation Act (LHWCA) applies to those who work around navigable waters in or adjacent to the United States at piers, docks, harbors, sea terminals and the like. Then there is the Jones Act (or P&I), which applies to “seamen” – employees who work at least 30 percent of the time on barges, oilrigs, shipping boats and other sea vessels. Even the interpretation of a “seaman” can be broadened, depending on the circumstance.

On paper, these three categories of law look distinct. In reality, they are separated by very thin lines, causing headaches for employees when getting reimbursed for injury or damages suffered on the job. For example, a marine construction worker and seamen share several job duties and workplace descriptions. Depending on the job, an employee could spend several days on a boat or repairing a bridge. A seaman, who is captaining a work boat, could jump off and help secure the seawall adjacent to a pier.

The Murky Waters of the Claims Process

With fuzzy boundaries between laws, a lot can go wrong. Suppose a dockworker is injured by a crane while working on a barge; is he covered under LHWCA as a longshoreman or under the Jones Act because the incident took place on an owned barge? What if this is a third-party barge, could this be a Maritime Employee Liability claim, also under the Jones Act?

Similarly, what happens when a residential construction worker, normally covered under a state workers’ compensation scheme, is injured while moving a barge to a coastal jobsite?