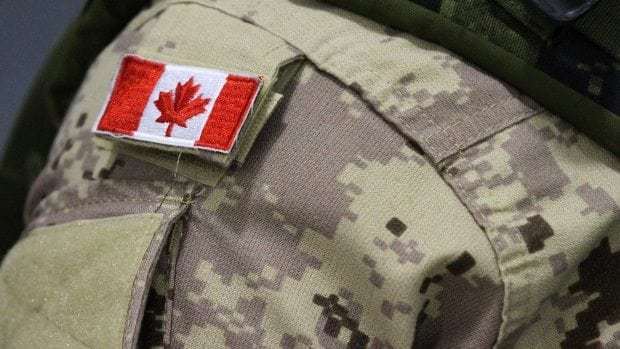 Tony Keene was a reservist in the Canadian Armed Forces for 40 years and completed multiple overseas tours of duty. He has worked as a journalist in newspapers and broadcasting.

There’s an old saying that supposedly sums up what service in the Canadian Armed Forces means: “When you wear the Queen’s Cloth, you do the Queen’s bidding.”

Simply put, this means that if you wear the uniform, you go where you are sent.

It’s called universality of service, and it means that all members of the Forces must be fit and ready to serve in the field on operations at any time. While it has existed for decades, it seems to me it only began to be really enforced in 2006, when the chief of the defence staff of the day decided that the time had come to make sure that everyone was in fact capable of operational service. We were strained by our commitments in Bosnia and in Afghanistan. There simply were not enough people.

Trying to keep people in uniform

The intent of the move was to ensure there would be no more people in the Forces who could keep putting off going into the field because of chronic medical problems. There were quite a lot of them, because prior to Bosnia and Afghanistan, the Forces were suffering from low recruitment and retention. More people were leaving than coming in, and commanders at all levels tried as hard as possible to keep people in uniform by juggling postings, and cutting deals to put non-deployable people into support jobs where they could continue to serve.

But with rotation after rotation eating into the available force, people were starting to burn out. It was recognized that unless everyone took a turn, the missions could not be continued. As well, there was a morale problem, because those who were forced to go into theatre…