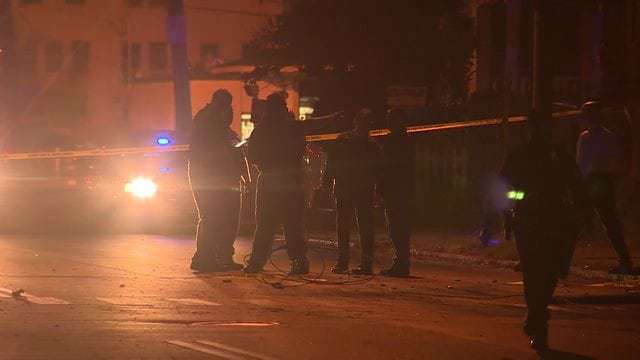 Lawrence city officials said they are enforcing a curfew after four people were shot, one fatally, in two shootings in Lawrence on Monday night.

Police were called to Holy Family Hospital in Methuen, where three men came to the emergency room with apparent gunshot wounds. Officials determined that the victims were shot at Howard Park on the Lawrence/Methuen line.

Two of the men, who are from Lowell, were later taken to a Boston hospital with serious injuries. The third man, who is from Lawrence, was treated at Holy Family Hospital with a gunshot wound to the foot.

Lawrence police also responded at 10:30 p.m. to a motor vehicle crash near 439 South Union St. The driver, a man from Lawrence, struck a utility pole. Police said he was suffering from a gunshot wound to the chest.

The 25-year-old man was taken to Lawrence General Hospital, where he was pronounced dead. The Lawrence man’s name has not been released.

Police said the incidents do not appear to be related.

“These incidents do not appear to be random acts of violence, the individuals involved were specifically targeted,” Lawrence Police Chief James X. Fitzpatrick said. “Individuals from Lowell traveled to a dark park in Lawrence…