The Real Reason for Republicans’ Silence on Donald Trump 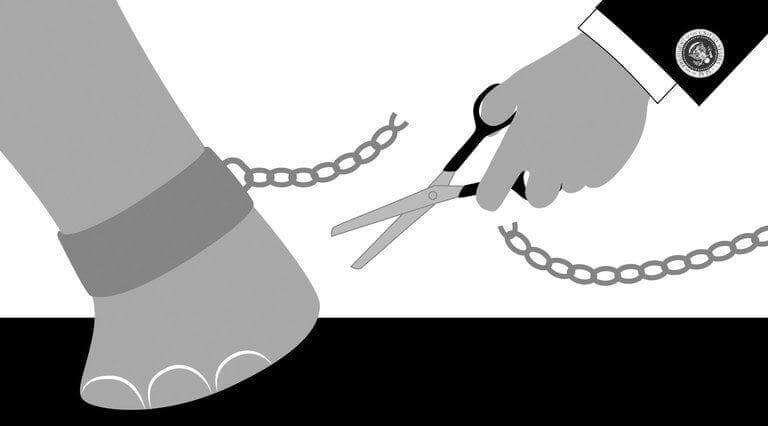 It’s less striking that a few Republican congressmen have publicly denounced President Trump’s conduct than that most of their colleagues have not. Their fellow legislators have silently accepted his outrages in exchange for policies they’ve always wanted.

At his inauguration Mr. Trump said his presidency was about “transferring power from Washington, D.C., and giving it back to you, the American people.” But he and his allies in Congress are transferring power to Wall Street, fossil fuel companies, the chemical industry and other special interests, and are stoking an anti-populist bonfire to incinerate protections for consumers and workers.

On Tuesday night the Senate, with a tiebreaking vote from Vice President Mike Pence, followed the House in voting to overturn a rule that would have allowed consumers to file class-action lawsuits against banks and other financial institutions, rather than be forced to take their disputes to arbitration. The regulation, created after fraud and malfeasance by those businesses financially ruined thousands of Americans and almost wrecked the world economy, joins a series of Obama-era rules that Congress and Mr. Trump have shredded. Meanwhile, they have taken several actions to benefit the well-off at the expense of average Americans.

Health care sabotage Mr. Trump signed an executive order allowing insurers to sell skimpy health insurance plans that do not protect people with pre-existing conditions and that will destabilize the Affordable Care Act’s marketplaces. He also said he would stop making payments to insurers that were authorized by the 2010 law, which will cause companies to increase premiums, hurting middle-class families. His administration shortened the open enrollment period when people can buy insurance policies for next year, and slashed spending on advertising and outreach efforts.

The administration made it easier for companies to stop providing no-cost birth control to employees if they have religious or moral objections to doing so. It announced that teenage pregnancy prevention grants would end two years early. Congress repealed an Obama-era rule that forbade states…