Staying ahead of brain injuries: Pioneering concussion study in jockeys 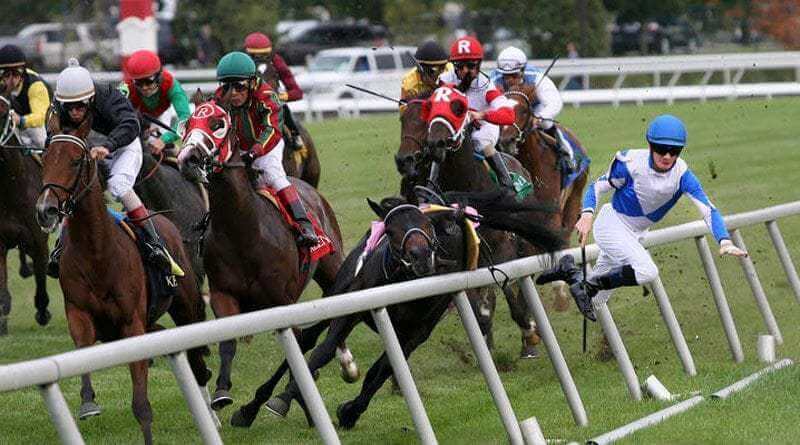 A new initiative to gather baseline cognitive data on every jockey racing in Kentucky aims to create a model to manage and assess concussions in horse racing, write Laura Wright and Allison Perry.

Data is being collected on jockeys by University of Kentucky researchers in a pilot project focusing on injury prevention.

At Keeneland’s Fall Meet this month, cognitive and neuromuscular testing was mandatory for every rider in the new Equine Jockey/Rider Injury Prevention Initiative. It is the second year of a three-year pilot project to gather baseline cognitive data on every jockey racing in Kentucky. The research, a partnership between the Jockeys’ Guild, the Jockey Club, and the UK College of Health Sciences, among others, has been spearheaded by UK’s Health Sciences researcher Carl Mattacola, Ph.D, ATC.

While broken bones are near impossible to miss, concussions are a subtle but potentially more dangerous injury. Concussions – a brain injury caused by whiplash or other blow to the head – are notoriously difficult to diagnose, and symptoms are transient but can last several days or even weeks.

Repeated concussions have a cumulative effect. A recent study in the Journal of the American Medical Association determined that 110 of 111 autopsied brains donated to science by former NFL players showed evidence of chronic traumatic encephalopathy, a degenerative brain disease caused by repeated blows to the head and believed to be responsible for later cognitive impairment, depression and/or aggression. Extreme examples are San Diego Chargers linebacker Junior Seau, who shot himself in 2012, and former New England Patriots star Aaron Hernandez, who committed suicide in jail this spring while serving a sentence for double homicide. At this time there is no data to document the incidence of CTE among jockeys, though anecdotal evidence exists; for example, the effects of Gwen Jocson’s repeated concussions forced her retirement from racing in 1999.

During the healing process after a concussion, victims can experience headaches, memory loss, balance issues, sleep disturbances and/or disorientation. UK’s Carl Mattacola says that’s a dangerous state to be in if you’re trying to pilot a 1000-pound horse around a track at 30 miles per hour, and the reason he has developed a clinical and research interest in helping jockeys.

“Our group wants to create change in how we manage and assess concussions in horse racing, so we’re beginning local and hope to use that data to develop a protocol that can be transferred to other states,” he says.

Barely topping the 100-pound mark, jockeys seem undermatched when paired with a 1000-pound thoroughbred. In fact, during a recent interview, one jockey lists a jaw-dropping succession of injuries: two broken collarbones, a fractured wrist, broken ribs, a fractured spine and several occasions when he “got his bell rung.” These athletes get back to their job as quickly as possible – and potentially before they’re 100 percent. That’s because, unlike other professional sports which offer guaranteed contracts to their players, horse racing operates on a “pay-to-play” model: jockeys don’t get paid unless they’re riding.

Historically, Mattacola says, attention for the jockeys has been secondary to the equine athlete. But as the awareness of the dangers of concussion has risen, all corners of the racing industry – the tracks, the horse owners, and the jockeys themselves – have come together to assess the situation and lay the groundwork for a new model.

Mattacola explains that most major professional sports – the NFL, the NHL, FIFA – have concussion protocols that guide decisions about when a player is healthy enough to return to play, but it’s difficult to copy their model from whole cloth because each state – and sometimes individual tracks…