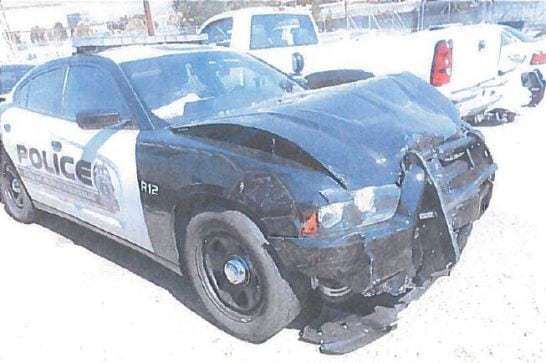 ALBUQUERQUE, N.M. (KRQE) – When people drive on the road or take a city bus, there’s always a risk something could go wrong. So when it does, how often is the city liable?

As KRQE News 13 discovered on Special Assignment, the price the public pays for some of these accidents might be surprising.

When accidents involve city property or city workers hurt on the job, it’s often the public that pays the price.

In one case from January, a woman exiting a City of Albuquerque bus tripped and fell. Her foot was caught under the moving wheelchair ramp.

Video shows the woman was on her cell phone before the fall, as someone shouted, “whoa, whoa!”

According to the incident report, the woman refused transport to the hospital and took the Rail Runner back to Santa Fe. However, she later filed a claim and the city paid out $25,000 for her injury.

It’s cases like this where the City of Albuquerque’s Risk Management Division comes in.

“If someone feels they’ve been damaged by some action or inaction of the city, they can file a claim,” said Ennen.

KRQE News 13 wanted to know which cases in the past year cost the city the most money. According to records, the most expensive categories are worker’s comp claims and auto accidents.

“The city has 4,000 vehicles and 5,000 drivers so we’re involved in a lot of things out on the road,” Ennen explained. “We interact in so many different ways that we create liability just by coming to work in the morning.”

The city paid $29,717.99 to a driver after a city bus backed into his car. Then, there’s a number of crashes involving Albuquerque police officers.

The city is paying officer Johnathan McDonnell in an open worker’s comp claim for injuries he suffered in a crash that killed a 6-year-old boy back in April.

Investigators said McDonnell was on a call driving nearly 80 mph in a 40 mph zone seconds before his police cruiser plowed into a family’s car at an intersection.

Since it’s an open worker’s comp claim, the city wouldn’t disclose the dollar amount already paid out to McDonnell for the crash.

“I really can’t talk about that case very much,” Ennen told KRQE.

Then there are other not-so-well-known cases that prove costly.

The city paid $48,369 for a citizen’s injuries after an officer caused a crash last year. According to the report, a female APD officer over-corrected, running into another car and guardrail on I-40.