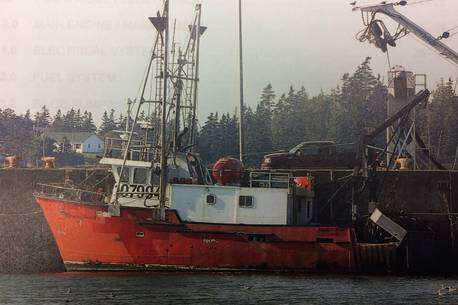 It was just supposed to be another ordinary fishing trip, except that on the water things don’t always happen the way they’re supposed to. But that can change.

An accident onboard the scallop dragger Compass Rose II in June 2015 left a crewmember with permanent injuries. In a room of fishermen and others 28 months later, the owners of that vessel, Yarmouth Sea Products Ltd., gave a presentation on the extensive safety steps that have been undertaken to prevent such an accident from happening again.

The presentation was ordered by the court as part of the penalty handed to the company following guilty pleas to three Occupational Health and Safety Act charges. But the company also sees this as an opportunity to advance safety within the industry.

“We’re here with the intention of trying to educate and encourage members of the fishery to up their game when it comes to safety on the water,” said company attorney Clifford Hood during a public session in Yarmouth.

The Compass Rose II was fishing in the Bay of Fundy on June 7, 2015, when the crew started hauling in the drag around 4:30 p.m. One of the crewmembers had prematurely moved into position to attach a hook under the drag when a cable broke, causing the drag to fall and a heavy ring to strike him on the head.

The Rescue Coordinator Centre was immediately notified as the crew administered first aid. Assistance was provided by the Digby-Saint John ferry, which transported the crewmember to hospital in Saint John, N.B. He was later airlifted to Halifax.

He had suffered a skull fracture, a broken bone in his neck and an orbital bone (eye socket) had been fractured. In a victim impact statement to the court the man said that day changed his life, and his family’s life, forever. He suffers from seizures, brain damage, has chronic pain and will be on medication for the rest of his life. It has caused great financial strain for the family with life-long physical and painful repercussions.

Yarmouth Sea Products Ltd. was charged with three Occupational Health and Safety Act charges that related to not ensuring protective equipment, ie: a hat hard, was worn; not having a written occupational health and safety program and not taking every precaution that is reasonable to provide instruction, training, supervision, etc., as necessary for the health and safety of employees.

The company pleaded guilty to the charges and was fined $10,000 and ordered to contribute $30,000 to the Fisheries Safety Association of Nova Scotia, in addition to holding two public information sessions on safety. The money that went to the safety…