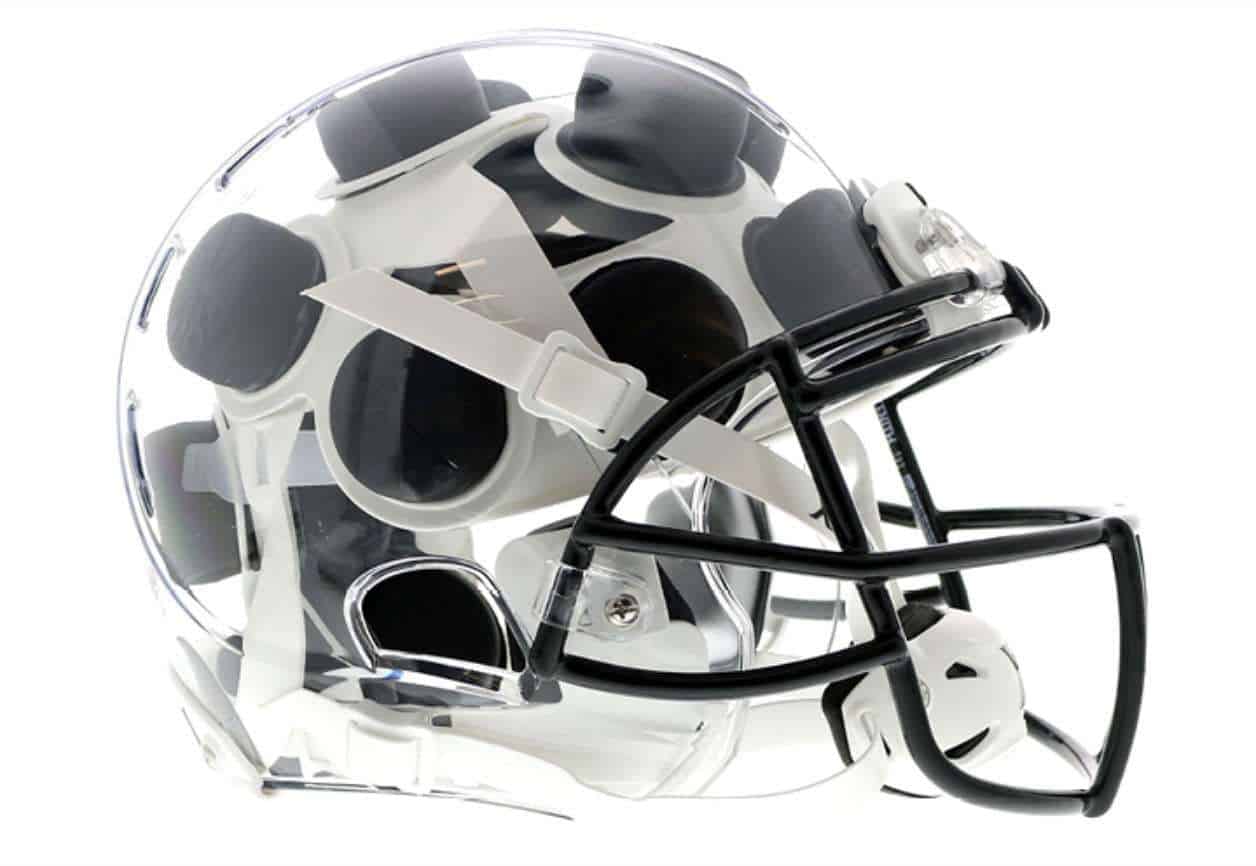 He also wants to remember his career, and that concerns him because of the long-term effects of repeated brain trauma from playing amid the violence of pro football.

So he’s been keen on concussion safety, and that led him to opt for a new helmet this season, a unique first-time entry into the market from a Seattle manufacturer Vicis Inc.

The helmet, called the Zero1, is different because it has a malleable outer shell that can deform to absorb hits, similar to a car bumper. Inside the helmet, it’s filled with finger-like columns that twist and buckle with blows, further distributing the impact of a hit. The player’s head is protected with a hard interior plastic shell fitted around the skull.

The Zero1 topped the NFL’s helmet safety rankings this season, meaning its technology could potentially be disruptive in the $150 million football helmet market, a mature business sector whose few players include two companies with Detroit ownership.

Rosemont, Ill.-based Riddell Sports Group for decades has had the majority of the football helmet market. Second is Litchfield, Ill.-based Schutt Sports, owned by Detroit Pistons owner Tom Gores’ Platinum Equity firm. And with about 10 percent of the total market is Detroit-based Xenith LLC, among whose major investors is Dan Gilbert. It moved to Detroit from Massachusetts in 2015.

The competition among the helmet makers is especially fierce, and often litigious, in the race to develop safety technology as attention on the long-term effects of football-related brain injuries raises questions about the game’s future. With parents fearful of the risks, youth football participation has been declining for nearly a decade, theoretically sapping the NFL and college football of future stars.

The race is on to build the better helmet.

Glenn Beckmann, director of marketing communications at Schutt, said all the helmet makers have the same objective: Build the safest helmet and own the market.

“We’re all taking different paths to that same goal. At some point in time, someone is going to develop something that will really disrupt the industry. We’re essentially all trying to improve the way the helmets handle and absorb impact, how they fit and the materials that are used in making helmets,” he said. Each uses new data from doctors and scientists to drive development.

Vicis, which is worn by Tate and teammate Travis Swanson, made a splashy entry with its unique helmet earlier this year. It was the top-rated helmet for safety in the laboratory testing results, sponsored by the NFL and the player union, for the current season. Gores’ Schutt had five helmet models in the top-performing category and Gilbert’s Xenith had four. Riddell had the other four.

The lab results measured the helmets’ ability to reduce potential for concussion from the types of hits football players sustain during games, and are for professional football helmets and not intended to be extrapolated to college, high school or youth football, the NFL said.

Detroit Lions wide receiver Golden Tate this season is wearing the new Zero1 helmet from Seattle-based Vicis. The helmet uses materials that allow the outer shell to bend, not unlike a car bumper, as a way to spread impact forces and curb brain injuries.

Tate switched to a Vicis helmet this season because his friend and former teammate with the Seattle Seahawks, receiver Doug Baldwin, wears the Zero1 and advocates for it. Tate has noticed a difference since the switch.

“It seemed different once I hit the ground with my head or took a lick where some helmet was involved, that’s where I really felt it. Things that in the past I thought really might do some damage weren’t doing as much damage. That was key,” he said.

“At this point in this career, I’m forgetting about what looks the best. I want what protects me the most,” he said. Players can choose to wear any…