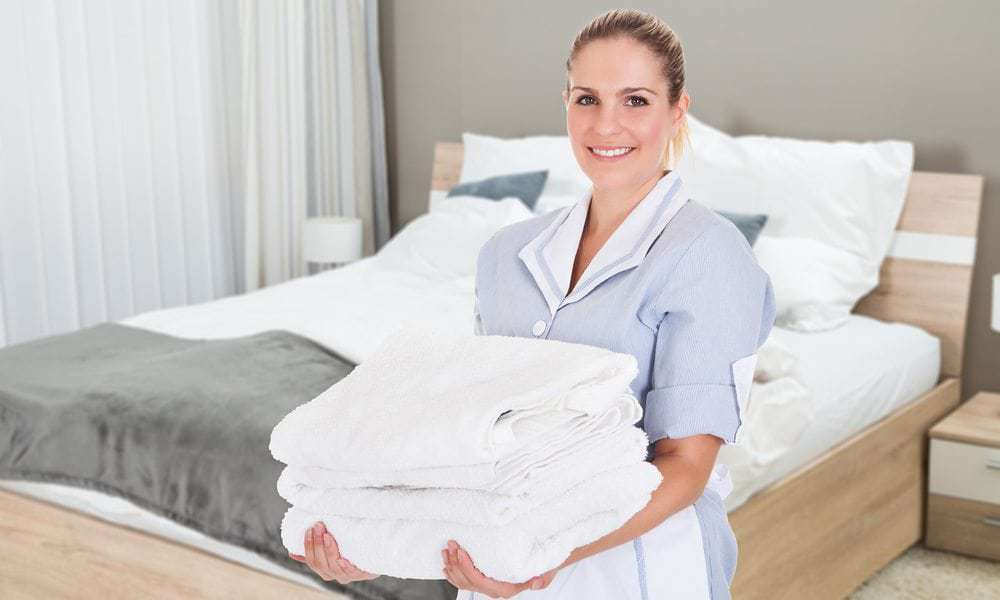 This article, “Precarious work takes toll on hotel housekeepers,” was written by Rebecca Melnyk of the REMI Network. While the article focuses on the hotel industry, the study is significant for vacation rental operators and managers.

The moment Grace became a room attendant in a downtown Toronto hotel, she was happy to find steadier work after immigrating to Canada from the Philippines on a contract nanny job. But she soon became aware of the strenuous tasks her role as a housekeeper entailed: cleaning 16 rooms in an eight-hour shift and the pressure to maintain a high-quality level of cleanliness for every room, some untidy, others left in disarray.

As a single mother, she’d rush to meet her room quota in order to arrive at her son’s daycare on time, and in this rush to balance work and family, her physical well being became less important than completing hours of tedious and repetitive tasks: cleaning shower tiles from top to bottom, removing stains, polishing toilets, vacuuming carpets, scrubbing coffee pots, lifting heavy mattresses—the reason for one of her injuries.

“Housekeeping is the most demanding, physical job in an entire hotel,” says Grace, who prefers not to share her last name. “You’re in the same positions all day long, every day. Bending, reaching, walking, twisting, squatting.”

Her twenty-three year career as a room attendant reflects that of many hotel housekeepers, the majority of whom are immigrant women of visible minorities. The housekeeping industry has a 40 percent higher injury rate than all service sector workers in Canada. According to the Canadian Centre for Occupational Health & Safety (CCOHS), a housekeeper is estimated to assume 8,000 different body postures every shift. Repetitive motion injuries to the back, neck, shoulders and arms are common.

Added onto this workload is the pressure to appease monthly cleaning audits, which measure how effectively a room is cleaned. Maintaining this level of quality both increases the work and hinders the amount of time a housekeeper needs to complete quotas.

“There’s a certain average for the audit you have to meet,” says Grace. “If you fail, you get stressed.”

Grace and her co-workers have better conditions than most. Their union contract under UNITE HERE Local 75 now limits the workload to 15 rooms and provides better benefits. She can relinquish two to three rooms a day, depending on the situation. At other Toronto hotels, room attendants don’t have these rights and their benefits vary. One of Grace’s friends must clean 19 rooms a day and cannot leave until her quota is fulfilled. Many workers routinely skip breaks, stay late to finish the job and endure physical strain in fear of being replaced.

Current trends in Toronto have also heightened housekeepers’ fears about job security, no matter what hotel they work for. Several hotels are converting into condos, costing thousands of hospitality jobs, while sustainability programs encourage guests to conserve water and energy by forgoing housekeeping, leaving workers without rooms to clean. Many women in the industry see their jobs as disposable. Some are wary to speak up about body strain or anything that could make them appear weak or unable to work.

Those who do are either supported by management or sometimes discounted. According to a recent Oxfam Canada report, which underlined the precarious work of housekeepers at several major hotel chains in Toronto, the workload of room attendants is growing and so are injury rates. As one general manager in Toronto noted in the report, hotel rooms require much more cleaning than they did years ago, while guest expectations have increased. Despite injuries, many continue working in the same job.

“Housekeeping is the heartbeat of the hotel and usually the most underappreciated function.”

One case highlighted in the study is that of Kerry Ann Palmer, a Jamaican immigrant who has been working in a downtown Toronto hotel for four years. Three years ago, she reported a wrist injury to her supervisor who made her continue working without any modifications to her job, despite a doctor’s note in her favour. She now requires a brace at all times.

“These women feel stuck; they’d like to leave, but this is the only experience they have,” says report author Diana Sarosi. “The work is too exhausting and demanding for them to take any courses or additional training. They are so enwrapped in survival, getting enough hours, getting things…