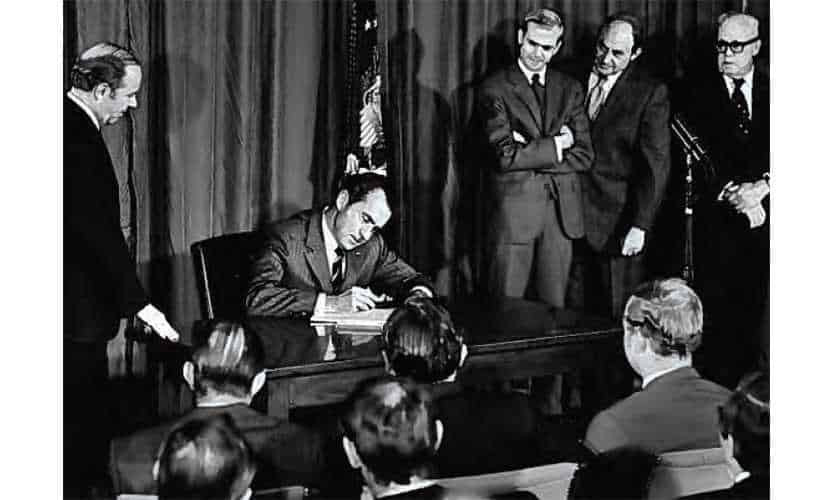 OSHA officially launched in April 1971, with George Guenther appointed as the agency’s first director. An April 2017 report called “Death on the Job” by the AFL-CIO union estimates that 553,000 employee lives have been saved since the passage of the statute.

“Before that, the recognition that employers have the responsibility to provide a safe workplace and that workers have a right to a safe workplace did not exist,” said David Michaels, the longest-serving assistant secretary of labor for occupational safety and health, under the Obama administration, and professor in the Department of Environmental and Occupational Health at the Milken Institute School of Public Health at The George Washington University in Washington. “That’s the largest advance in the last 50 years.”

OSHA’s establishment, as well as the creation of its sister agency, the Mine Safety and Health Administration under the Federal Mine Safety and Health Act of 1977, contributed to the beginning of a yet-to-be-completed shift away from the notion that employees were always at fault for getting hurt on the job and that most workplace fatalities and injuries were unpreventable, experts say.

“These theories were dangerous in that their application led to inadequate preventive programs or (programs) that were misdirected and unsuccessful,” Mr. Michaels said, adding that “the least successful way to prevent (injuries) is to focus on stopping human error. We’re all human, and we all make mistakes. Instead of focusing on errors because errors are inevitable, we need to build systems that mitigate the effects of errors. Unfortunately, this misbegotten theory is still alive in a lot of the behavioral-based safety programs, and it really needs to be eradicated.”