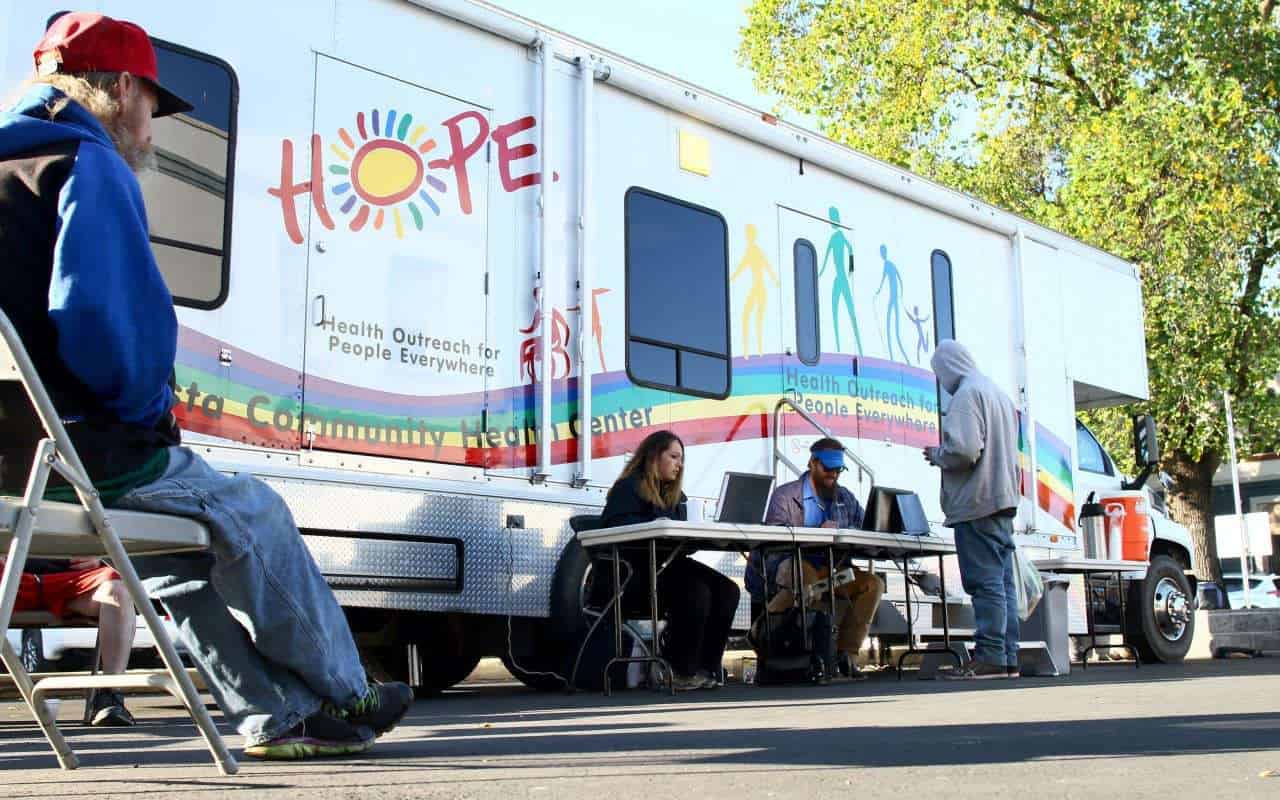 Michael Steelman perches at the edge of the Sacramento River, skipping rocks across the clear water. His dad’s Harley Davidson, borrowed for the excursion, is parked nearby.

In this popular Shasta County park, Steelman finds solace nearly every day, sitting, walking, skateboarding, thinking. The California native left his wife and two children in Georgia nearly four months ago, taking shelter with his parents to face an addiction to painkillers after 11 years of taking the opioid drugs for a neck injury.

Now, after stopping those drugs and starting addiction treatment in July, the 41-year-old sees a future.

Addiction “cost me a lot,” Steelman said. “I’m going through a divorce now, and I don’t have contact with my kids right now. It’s rough. But I know I’m doing the right thing. I’m staying sober.”

Steelman is benefiting from a year-old treatment program, the brainchild of a local physician who belongs to a coalition supported by federal, state and nonprofit funds. But he might easily have been among the tens of thousands of Americans dying each year of opioid overdoses, as prescriptions once reserved for cancer pain and end-of-life care have burgeoned and addiction and abuses have skyrocketed. Nearly half of those deaths were from overdoses of prescribed drugs such as Norco and Oxycodone, according to federal statistics.

The opioid crisis has not gripped California in the same way it has other states. Overdose deaths peaked in 2009 and have since dropped 15 percent, according to health officials. Still, nearly 4,100 people were hospitalized for overdoses in the state last year. Nearly 2,000 people died. According to the California Department of Public Health, 70 percent of the deaths involved prescription opioids. And there remain several hot spots of addiction, mostly in rural California counties. In addition, deaths from street heroin, often a cheaper alternative for those whose addiction begins with costly pills, have risen 57 percent since 2012, according to the state.

In 2014, California authorities began working on the issue after a challenge from the national Association of State and Territorial Health Officials, said Karen Smith, director of the state Department of Public Health. The state had been tracking drug deaths for years, and officials could see where problem pockets were developing.

More than $50 million in federal grants, some extending through 2019, have helped California improve data collection and toxicology testing, upgrade the prescription monitoring system, support counties’ anti-opioid efforts and establish a hub-and-spoke system to bring medical treatment to those who need it.

In addition, state health officials have partnered with the California Health Care Foundation, a nonprofit advocacy group, to help the local groups educate patients and doctors, learn effective addiction treatments and provide other services. It takes a village.

“We have a tendency to want to simplify things,” Smith said. “This isn’t one of those problems.”

Last year, the volume of prescribed opioids in California fell 12 percent, and there was a bump of 7 percent in the number of people receiving medications that treat addiction, according to state data. Recently enacted state laws allow the overdose antidote naloxone (Narcan) to be sold without a prescription. And last year the Legislature and governor provided $3 million for the distribution of naxalone to communities that need it. Some law enforcement agencies equip their officers with Narcan, and schools are allowed to stock it on campuses.

But despite the improvements, San Francisco County had 92 overdose deaths last year and Orange County, 277. Giant Los Angeles County, with 327, had one of the lowest opioid death rates in the state. Remote Humboldt and Inyo counties had the highest. Humboldt, with 136,000 people, had 33 deaths; three died in tiny Inyo, where the population is a mere 19,000. Shasta County lost 16 of its 179,000 people to opioid overdoses last year.

The small, hard-hit counties are largely white. Experts say people of color have had less access to health care and, therefore, to doctors prescribing opioids. The doctors they do see, studies have shown, may judge them differently and withhold such drugs.

For example, “if a patient is black, the doctor is more concerned about the possibility of the patient getting addicted or maybe more concerned the patient is going to sell their pills,” Andrew Kolodny, co-director of opioid policy research at the Heller School for Social Policy and Management at Brandeis University, said in an address last year to California officials and others involved in addressing the opioid problem. “If the patient is white, they are prescribing as if there is nothing to be worried about.”