JUST IN: Farmer killed as thousands march against farm attacks 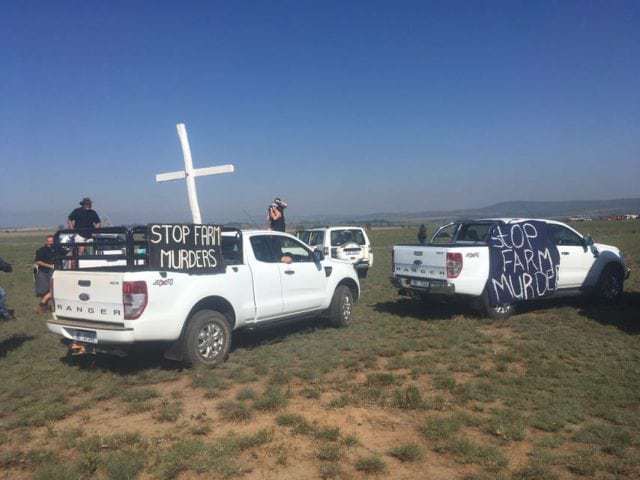 A small-scale farmer was murdered on Monday as thousands across South Africa marched to raise awareness about the scourge of crime affecting those living and working the country’s farms‚ his neighbour confirmed.

Vegetable farmer‚ Bokkie Potgieter‚ believed to be approximately 70 years old‚ was found hacked to death in his bakkie near his Vryheid farm in KwaZulu-Natal on Monday.

His alleged killer was killed by neighbouring farm workers after he crashed the bakkie into a pole. Potgieter’s body was found inside the vehicle.

Potgieter’s murder – and an attack on a farmer in Klapmuts in the Western Cape – occurred as thousands across the country donned black to raise awareness about crime affecting farmers and their workers. The second farmer was believed to have been injured durng an attack‚ but details are not yet available.

“It appears as though Bokkie caught his attacker trying to steal his bakkie. It seems as though there was a struggle and Bokkie was chopped through the face with a panga‚” he said.

Van Niekerk said that the killer then…