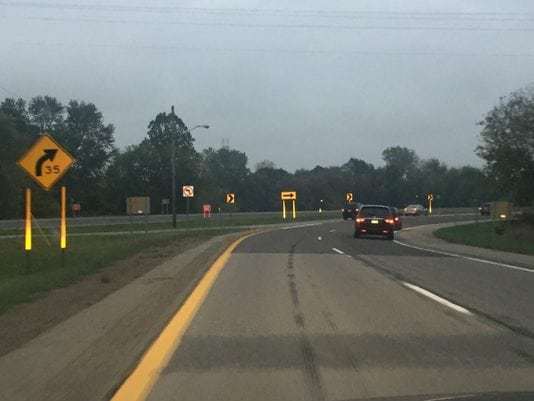 The Michigan highway department is installing a variety of safety features on more than 400 miles of roadways in southwest Michigan including some in Calhoun County.

The projects include work on a 4 1/2 mile section of M-37 from Morgan Road to the Barry County line north of Battle Creek.

The Michigan Department of Transportation said half of all traffic crash deaths are related to vehicles that leave their lane and engineers are working to decrease lane departure crashes.

Between 2012 to 2016, 106 people were killed in lane-departure crashes on more than 3,000 miles of state highway in Berrien, Branch, Calhoun, Cass, Kalamazoo, St. Joseph and VanBuren counties.

In Calhoun County 141 crashes were reported on the stretch of M-37 with two people sustaining serious injuries, according to Nick Schirripa from MDOT’s Office of Communcations.