Who Should Design Tools for Older People? 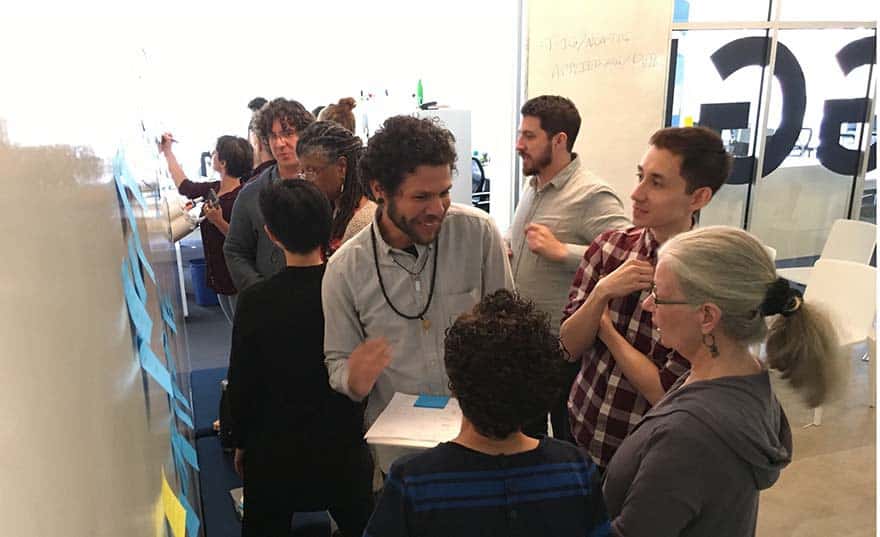 Above a CVS in downtown Brooklyn, NY, in a shared workspace that’s styled on Silicon Valley and names its conference rooms for the late rap star Notorious B.I.G., a group of 16 people are trying to invent new tools for older adults.

They’ve spent the past two months doing research and now, on a late summer’s day, the group’s five teams are presenting their initial ideas to assorted brainiacs from the worlds of technology, philanthropy and venture capitalism.

Some of the presenters seem nervous. Most are young engineers, product managers and designers; others are “experts”—people who’ve worked in aging or know it because they themselves are old. They are all participating in a five-month paid fellowship; after this event, they’ll continue with the project as it enters the “build phase.” That’s when ideas become actual products that can win funding and have an impact on people’s lives. (The program’s best-known success is a smartphone app that helps people on food stamps keep track of their balances; it recently raised $4 million in venture funding.)

The fellowship program was devised by Blue Ridge Labs @ Robin Hood, a Brooklyn-based incubator for social innovation that’s an offshoot of New York’s largest poverty-fighting organization, Robin Hood. The process? Present solutions, gather feedback and return to the drawing board. Again and again and again.

“The idea is that by the end of the fellowship the teams will build an actual thing for people to use,” says KT Gillett, who does community outreach for Blue Ridge Labs. Even if some of the ideas seem fuzzy now, Gillett predicts they’ll take real form after three more months.

At 71, the second-oldest fellow in this year’s program is Eileen McGinn—an “expert” because she is living older age. She’s more than an expert on elderhood. She brings to this project decades of experience as a problem-solver and leader. During her group’s presentation, McGinn looks…