DR ELLIE CANNON: How to cut your risk of bowel cancer and what you need to eat to beat it 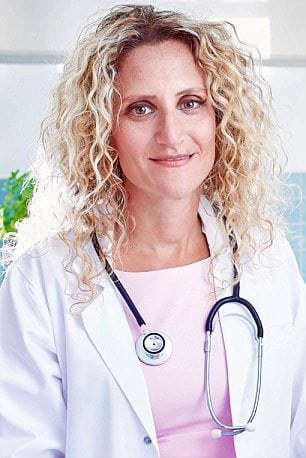 It’s frighteningly common and the second leading cause of cancer death, primarily because it causes few symptoms until the disease becomes advanced.

Last week, in our special supplement, I brought you the advice of Britain’s top experts about how to cut the risk of breast and prostate cancer. Today we bring you the same cutting edge advice on the third most-common – bowel cancer.

The good news is that new figures, published in August by Cancer Research UK, showed the rate of people dying from this has fallen by more than 30 per cent in the last 20 years.

That’s an amazing achievement, which is down to screening and improvements in treatment.

But I want to see it fall further, not least because I lost a good friend to bowel cancer last year.

More than half of cases are preventable – there are positive steps we can all take to improve our daily lifestyle and reduce our chances of developing the disease.

And by knowing other personal risk factors and taking part in the national bowel cancer screening programme available to those over the age of 60, we can further make sure that even if the worst does happen, we have the best chances of being well again.

From what to eat and what foods to avoid to myth busting and other tips, here’s all you need to know to protect yourself and your family…

Bowel habits are almost as individual as our signatures. For some people, it is normal to go to the toilet every few days, at no set time. Others are regular as clockwork, going twice a day.

What is important is recognising your own pattern and any sustained changes in that.

There are also dozens of other bowel issues, problems, conditions and diseases which have absolutely nothing to do with cancer but are just as life-changing for the person affected by them. That’s why it is important to get anything you feel is not quite right for you checked out.

The warning signs, apart from a change in bowel habits, include:

Bleeding from the back passage or blood in your stool is the most commonly experienced colon cancer symptom. As a tumour grows larger, passing waste can cause it to bleed. You may notice it in the toilet bowl or on the toilet paper.

Pain in the abdomen or back passage. Cancers obstructing the bowel can cause constipation – which itself cantrigger abdominal cramps, gas and bloating – but these may also happen without you struggling to pass stools.

The pain and discomfort caused by a tumour can lead to loss of appetite and, in turn, unintentional weight loss.

A constant feeling of wanting to empty your bowels. A tumour that grows toward the end of the colon or in the rectum may cause this sense of ‘fullness’.

Significant tiredness. This can be the result of blood loss, caused by a tumour bleeding. Because the signs of bowel cancer can mimic other conditions, it is likely with any of these symptoms that your doctor will need to perform a rectal examination (yes, this is the dreaded rubber glove procedure, but GPs honestly do this all the time – and most importantly, it could save your life), followed by blood tests and a stool test before arranging a specialist referral within two weeks.

Of the 41,265 new bowel cancer cases in 2014, just over half will survive for ten years or more. This figure is low and makes another statistic even more disappointing – fewer than 60 per cent of people take up the offer of bowel screening within six months of invitation.

Bowel cancer is the umbrella term for any cancerous growths found in the long tube of muscle which runs from the appendix, through the colon (or large intestine), right down to the rectum. As a result, it may also be called colorectal cancer or colon cancer.

Many bowel cancers stem from polyps in the colon. These tiny growths are usually benign and develop on the lining of the bowel as we get older.

While they are initially harmless, or benign, they can over the space of five to ten years become cancerous. This is why most polyps that are found tend to be removed – to prevent this worse-case scenario.

Potentially, this means that if further investigations or treatment are needed, valuable time has been lost.

The NHS Bowel Cancer Screening Programme offers screening every two years to everyone aged 60 to 69 and is currently being extended to 74. It begins at 50 in Scotland.

About the time you turn 60 a self-test stool kit will be sent to your home. Don’t put it in a drawer and forget about it. The kit contains a little card with three fold-back perforated flaps. Under each flap are two little ‘windows’ – recesses in the card.

One each of three days, you tear back a flap and place a couple of smears of stool sample on the two windows. The flap then seals back down securely, so it’s not dirty or messy.

Once all three days are done, you pop the kit into a sealed bag which will be stamped and addressed back to your GP. Post it off. The kit looks for hidden blood in stool, which might not be visible to the naked eye, and can be a sign of bowel cancer. If there is a positive result, you will be called in for further investigation.

After completing your first screening, you’ll automatically be sent another screening kit every two years until you reach 69 or 74.

If you are over invitation age range you can request a screening test every two years by calling 0800 707 6060.