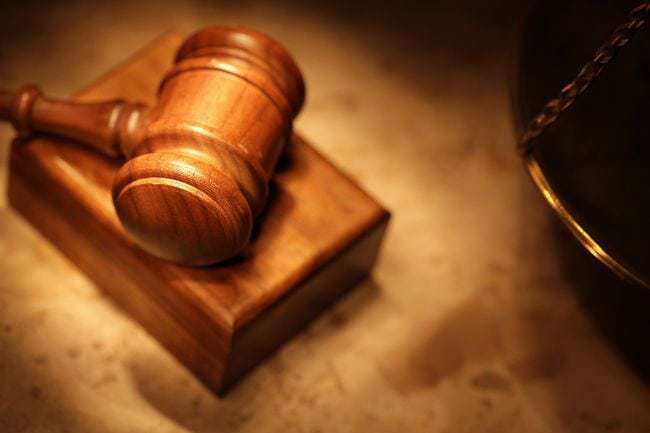 Stephan Refler, 19, of Sarnia previously pleaded guilty to impaired and dangerous driving but sentencing was delayed until Tuesday.

On March 17 Refler was forcibly removed from a pub at 1:30 a.m. due to his intoxication. Refler had said he was taking a cab but got into his vehicle and backed into a waiting cab.

Refler then drove forwards hitting a security guard from the pub who rolled off the hood uninjured.

Refler’s injuries prevented a breath sample from being taken so a blood sample was subsequently tested.

Refler’s blood-alcohol level was more than double the legal limit.

Refler’s injuries were so significant he could not complete his college studies, said defence lawyer Sarah Donohue who sought the minimum $1,000 fine for each offence.

Due to the great potential risk posed by Refler and his high blood-alcohol level a $2,000 fine for each offence was warranted, said assistant Crown attorney Krista Leszczynski.

Minimum penalties simply cannot be accepted, said Justice Deborah Austin who took into account the injuries suffered by Refler at the hands of the security staff.

Austin imposed fines totalling $3,500 and with the mandatory surcharges the total was $4,550 which

A one-year driving ban had been imposed at the time of Refler’s guilty pleas.

Christopher Columbus, 39, of Sarnia pleaded guilty to impaired driving and refusing to provide a…