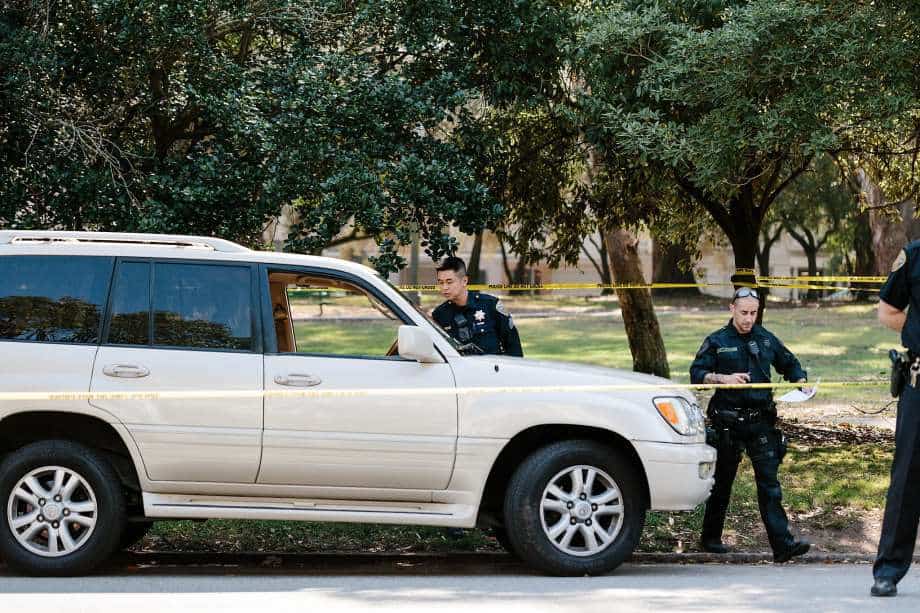 The San Francisco police officer who while working on bicycle patrol was run over and severely injured by a fleeing suspect in a sport utility vehicle is a five-year department veteran who has been recognized repeatedly for outstanding work, department officials said Thursday.

Lewin-Tankel, who works out of Tenderloin Station on Eddy Street, was on his bicycle when a suspect in a gun-related case ran him down in a stolen Lexus SUV at about 12:30 p.m. on Turk Street between Franklin Street and Van Ness Avenue, just a few blocks from City Hall, police said.

San Francisco police say they have taken a suspect into custody after an officer on a bicycle was struck by a hit-and-run driver this afternoon.

The suspect, Maurquise Johnson, 50, drove off and abandoned his car about a mile and a half to the east at Central and Fell streets, prompting an hours-long manhunt of surrounding areas, police said.

Johnson was taken into custody about 3:30 p.m. Wednesday on Ellis Street, officials said, before being booked into county jail on suspicion of attempted murder, reckless driving, hit and run, resisting arrest and driving without a license.

Police Department officials did not detail Lewis-Tankel’s injuries but described his condition as “grave.” His…