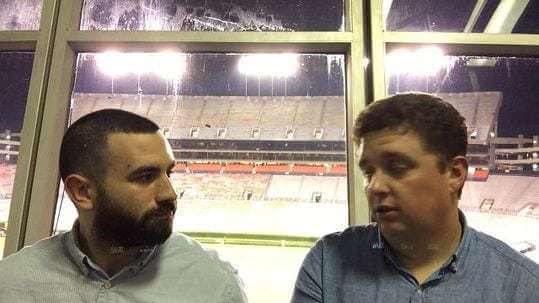 Hugh Kellenberger and Will Sammon

STARKVILLE — Grant Harris emerged at Clinton as one of Mississippi’s top defensive prospects in 2013. Built strong and large, Harris had a high propensity for sacking quarterbacks. But, as he said recently, Harris relied solely on “God-given ability” and one move — a jab step inside.

At Mississippi State, the defensive tackle learned success at the SEC level didn’t come as easily.

Now a redshirt junior, the former Dandy Dozen and three-star prospect is producing much more than he previously had in his MSU career as part of a rotation that is without starter Cory Thomas (foot), who has missed the last three games.

With Thomas questionable for Mississippi State’s game against BYU (1-5) Saturday (11 a.m., SEC Network), Harris will continue to receive opportunities to build off his surprising start. He has eight tackles after recording only six in the last two years combined.

Harris’ development took longer than some, but it isn’t too different from that of many former and current players, particularly linemen, at MSU (3-2), which is a program that depends on its ability to nurture raw talent.

But his path to Starkville was.

Harris was homeschooled and received teaching lessons from his mother until…