‘It feels like the cavalry is coming’: Ontario vows $1M to help miners exposed to aluminum dust 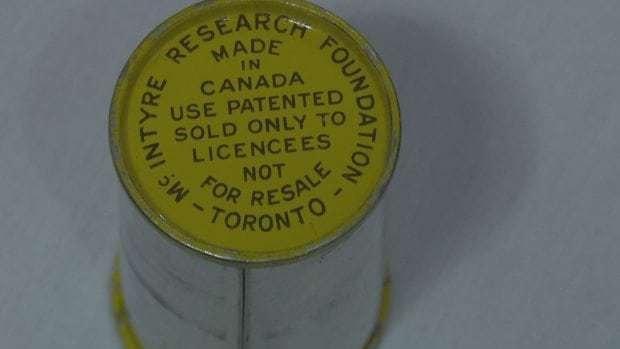 Lisa Mayor is an investigative journalist at The Fifth Estate. She has recently reported on the disappearance for four elderly people from the Muskoka region of Ontario and sexual harassment and bullying faced by female firefighters across Canada. Lisa can be reached at [email protected]

The Ontario government says it will commit $1 million in funding over the next year to help ailing Ontario mine workers who believe years of exposure to aluminum dust have left them with neurological diseases.

The Ministry of Labour said Wednesday it will fund research that will assess miners exposed to the fine aluminum dust called McIntyre Powder.

The funding will allow Occupational Health Clinics for Ontario Workers (OHCOW), a publicly funded organization that deals with workplace and work-related health issues, to establish a team to review information collected about miners exposed to the dust.

That information comes from intake clinics OHCOW hosted for miners from across the country who inhaled the powder on the job. The clinics map and study detailed health histories of the miners, collate the data and examine their findings.

These findings will be reviewed by this newly funded team, which will include occupational health and medical health professionals.

The Ministry of Labour said the workers “could then use this information to make claims to the Workplace Safety and Insurance Board (WSIB) for potential compensation.”

McIntyre Powder, which was developed at McIntyre Mine near Timmins, Ont., is a finely ground aluminum dust that company officials said would protect miners’ lungs if inhaled at the start of every shift.

Many mine workers around the world were forced to use it as a condition of employment between 1943 and 1979. The product had only been tested on a small number of rabbits and guinea pigs before it was put…