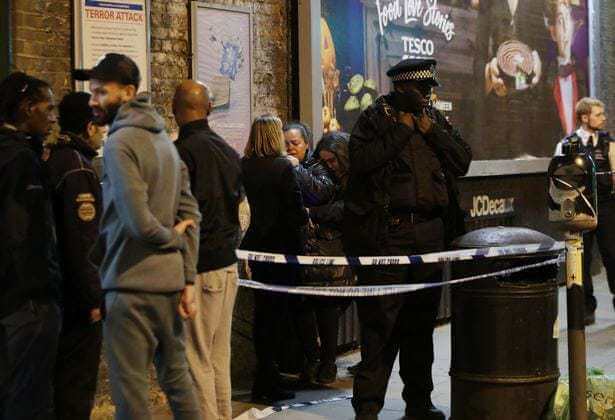 A man died and two others were hospitalised after a horrifying triple stabbing outside Parsons Green Tube station in London.

The men were attacked outside the station shortly after 7.35pm.

Despite the attention of medics, one of the men was pronounced dead at the scene. Two others were taken to hospital.

It comes weeks after an alleged attempted bomb attack on a train at the station. Today’s incident is not believed to be terror related.

It happened as the station was busy with commuters making their way home from work.