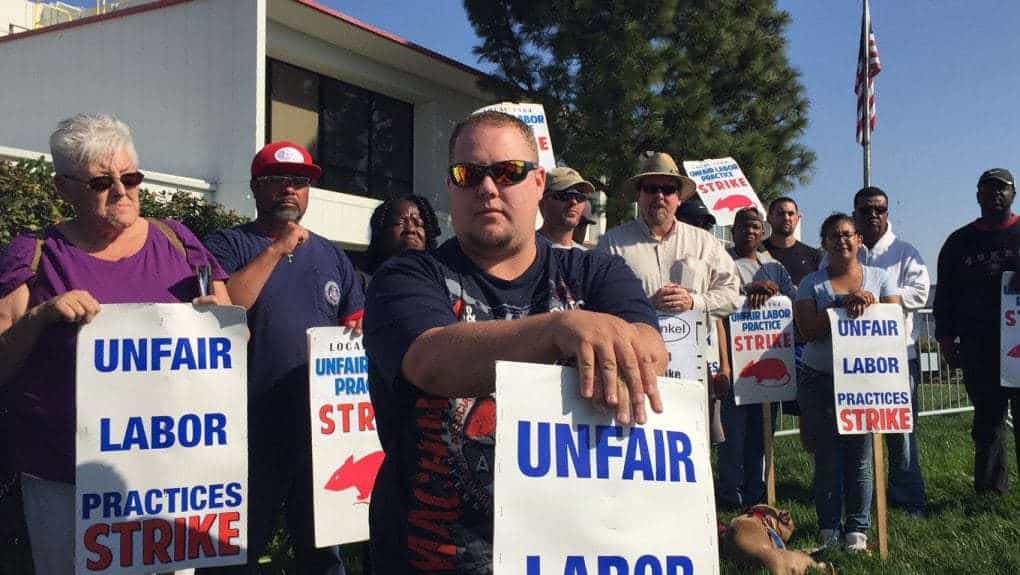 BAY POINT — Employees of Henkel Aerospace have been striking for 15 days over what they see as a lackadaisical attitude toward significant and sometimes fatal workplace accidents.

The strike began on Oct. 16 as more than 80 members of Machinists Local 1584 walked off the job site at Henkel Aerospace Industrial, a subsidiary of a multinational company based in Germany.

The strike was in response to a breakdown in negotiations over a contract that organizers say would improve safety procedures at the aerospace adhesive manufacturer.

“We’ve had grievance over grievance on training and safety issues, and within the last months, there have been incidents where workers have been injured,” said Steve Older, area director for the International Association of Machinists and Aerospace Workers. “One had third degree burns over 30 percent of his body.”

Eric D. Wilcox, who has been Director of Operations at Henkel Aerospace in Bay Point for eight weeks, said he could not comment on past incidents.

Henkel Aerospace’s record of workplace accidents at its Bay Point facility has been well-documented. In 2013, 26-year-old David Eleidjian of Antioch was pulled into the mixing machine and crushed. His legs were amputated, but he died of his injuries. The company was cited by Cal-OSHA for six violations and fined over $200,000.