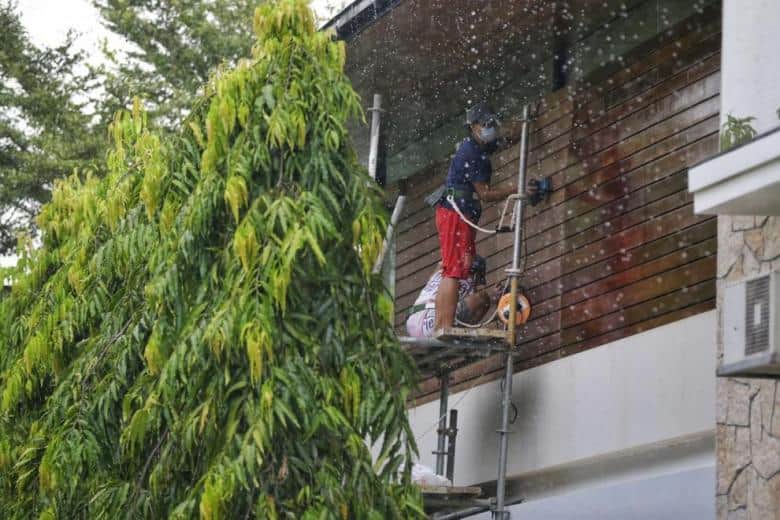 MOM investigates after maids seen on scaffolding, working on facade of house

Sheltered from the rain by the roof ledge, the women were seen balancing gingerly on a narrow temporary scaffolding, while seemingly sanding the walls of a two-storey Cluny Park house without helmets, work boots and protective gear.

Three maids, employed at the residence, have allegedly been working on the house’s facade for the past two months – allegations now being investigated by the Ministry of Manpower (MOM).

When The Straits Times visited the house yesterday, the maids were working on what appeared to be the top storey of the house while it was raining.

ST understands that the scaffolding was rented from a construction company and the tools were purchased by their employer. When approached, the maids declined to speak to the press.

One said she was afraid of losing her job.

Their employer told ST that the maids were helping her clean the windows and facade, which were dirtied by construction works at another house nearby.

She added that the scaffolding was erected only about a week ago, and she has asked for it to be taken down.

“I will never jeopardise their safety,” she said.

However, a neighbour said she…