Should pitching limits be implemented in high school softball? Divided stakeholders weigh in 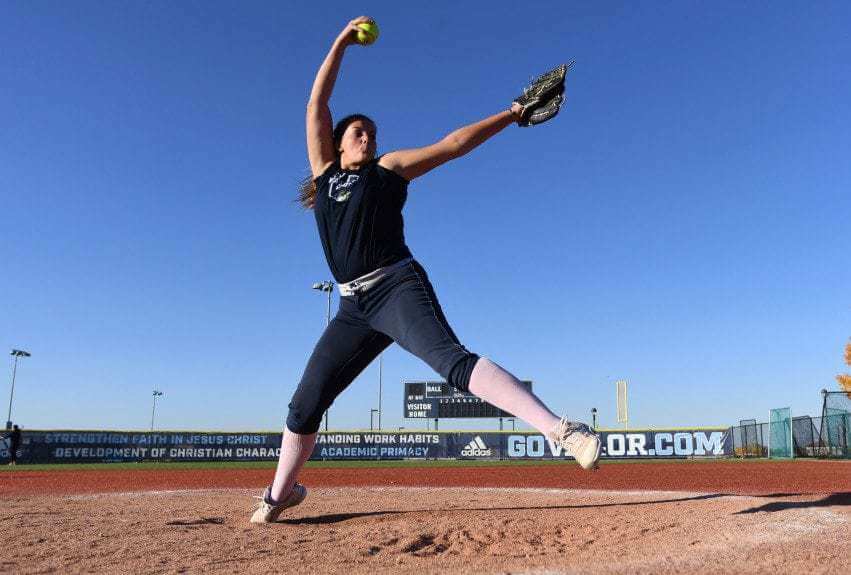 Valor Christian rolls into the Class 4A state softball tournament this weekend as the heavy favorite, thanks largely to its undefeated ace, senior Ali Kilponen, the state’s top collegiate prospect and who has pitched every inning for the Eagles this fall.

Kilponen’s dominance aside, the fact that she gets the ball every game — not uncommon in high school softball — raises a number of questions.

Is it safe for one player to pitch every game? Should there be a limit on pitching — as there is in prep baseball — in prep softball? And is a culture change necessary in a sport where the idea persists that pitchers, unlike their baseball counterparts, can throw as much as they want without injury?

Answers depend on whom you ask.

For her part, Kilponen is happy carrying the entirety of the Eagles’ pitching load, especially if that results in a fourth consecutive state championship.

“I know I’ve prepared myself to throw as much as I have this season, and I always want the ball,” Kilponen said. “I’m definitely not the only pitcher in the state who feels that, and who feels like I can throw all the games when it matters most.”

Valor Christian coach Dave Atencio remains firm in his belief that, with proper technique and guidance, softball pitching overuse is a nonissue.

“It’s a different arm motion, and the wear and tear on the rotator cuff is not there,” said Atencio, who was a fast-pitch softball pitcher for more than two decades.

The majority of Atencio’s peers agree with him — all but one of a dozen local softball coaches contacted for this story said they would oppose pitching limits — but some orthopedists say they’re starting to see firsthand proof that concern about unregulated pitching is warranted.

“I’m telling you, I’m hearing it from the grassroots — people are saying we need guidelines, we need pitch counts, we need more effective long-toss programs,” said Dr. Steve Jordan, an orthopedic surgeon for the Andrews Institute in Florida, who estimates he has seen about a threefold increase in softball pitching injuries at his practice over the past decade.

The majority of that concern, however, isn’t necessarily directed at high school-sanctioned softball, where teams in Colorado each have a regular season of only 19 games.

“Travel ball and those elite summer teams is where we’re really having trouble, because what we know from epidemiological work at the high schools is that girls who had more seasonal exposure — in other words, more pitches per season — were at a higher risk,” Jordan said. “What we found is that some of these girls are pitching as many as 1,000 or more pitches in a weekend summer tournament — which is equal to the risk factors we saw in an entire season of high school ball.”

Also at issue, said Dr. Kristen Thomas, an orthopedic surgeon in Oregon, is the validity of the argument that underhand pitching cannot be harmful.

“There’s this conception that softball pitchers don’t get injured, but biomechanics studies have shown that throwing a pitch…