The RCA Labor Struggle And Its Legal Challenges: A Labor Case “Made In Taiwan”? 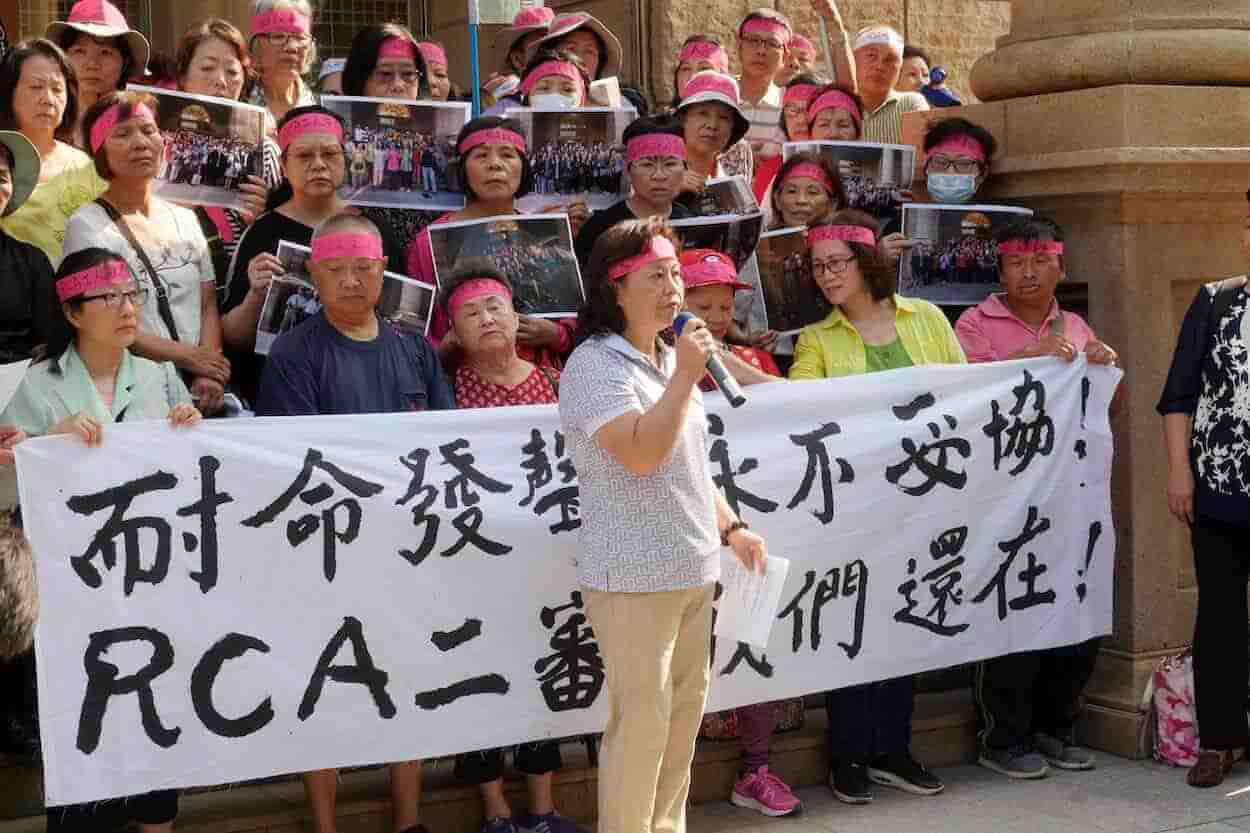 WITH AN UPCOMING court ruling by Taiwan’s High Court regarding the historic RCA case, a landmark case in Taiwanese labor, it remains to be seen if the decades-long struggle of RCA workers for justice will soon come to an end. The Taipei District Court ruled in favor of RCA workers in 2015, but RCA appealed to the Taiwan High Court. A decision regarding this second hearing will be revealed on October 27th, stating whether the 529 RCA workers in the litigation will receive compensation for injuries, diseases, and death suffered due to industrial pollution.

Either way, the case will be a historic one for Taiwanese labor, as well as Taiwanese legal history. There are very few legal precedents in Taiwan for class action lawsuits involving hundreds of plaintiffs, in which the decision was made to pursue a class action lawsuit in which workers would divide the settlement among themselves rather than individual settlements due to the large number of plaintiffs. The case may well be the first class action lawsuit in Taiwan. And there are few other labor cases in Taiwan which have received as much public attention as the RCA case, likely due to the fact that it is a case that has gone on for decades and one which involved wrongdoing by a high-profile corporation of American origin during the time of Taiwan’s economic miracle.

So the results of the RCA case may have large implications in the future for workers seeking compensation against their employers for work-related injuries in the future. The implications of the case will resonate widely in the history of Taiwanese labor struggles and Taiwanese jurisprudence.

The RCA Case: A Product of Globalization During the Era of “Made In Taiwan”?

IT MAY BE that the RCA case is not exceptional, in light of that similar cases have taken place worldwide under conditions of globalization, and the use of cheap labor in third world countries to conduct hazardous forms of labor by first world countries. In this way, the case attests to the dark side of the Taiwanese economic miracle, in which a blind eye was turned to labor abuses in the name of developmentalism.

RCA employed thousands of workers in Taiwan between 1970 and 1992, through a Taiwanese subsidiary of the American company, the Radio Corporation of America. During the era of the Taiwanese economic miracle and the heyday of Taiwanese manufacturing, RCA coming to Taiwan and creating thousands of job opportunities in Taiwan was seen as a symbol of modernity, progress, and economic development in the age when the label of “Made In Taiwan” was still commonly seen on manufactured goods. In Taiwan and elsewhere, RCA manufactured television components, motherboards, and other electronic products. Workers also welcomed RCA jobs as offering higher pay, and better benefits than other companies.

Yet in the end, the price RCA workers paid was permanent damage to their health. Apart from 78 deaths caused by the pollution, 237 of the 529 workers developed cancer or related illnesses. In particular, the RCA plant employed many female workers because the characteristics of Asian, female workers, such as their small hands and carefulness was seen as suitable for the production of sensitive electronic parts. Since then, many female workers have suffered breast cancer and miscarriages. Depending on how one counts the differences between diseases, RCA workers suffer from 31 to 38 different diseases.

Furthermore, it oftentimes took decades for symptoms to develop. As such, RCA workers did not immediately draw the dots to realize that the diseases they suffered from likely were caused by pollution from RCA. Afterwards, RCA workers sometimes recalled signs beforehand that management may have known about the pollution, such as the fact that members of management never seemed to drink water from the RCA factory, but drank from plastic water bottles. But the fact that so much time had elapsed since when they worked in the RCA factory would end up being used against them in courts by RCA lawyers.

The Inherent Legal Challenges Of The RCA Case

INDUSTRIAL WORKERS’ health and environmental pollution cases usually have their inherent legal challenges on both procedural and substantive issues, such as the statute of limitation, standing to sue, causation of damage, access to necessary documents, burden of proof, damage assessment, expert witnesses, or “piercing the corporate veil”. Unfortunately, RCA workers had to face and overcome all of the hurdles and difficulties.

One vivid example is that it is sometimes hard to find the right defendants to sue. It may sound quite strange, but after a series of acquisitions and shell companies, it has sometimes proven that even to track down the legally responsible parties in the course of the case in order to deliver court notices becomes a very difficult mission for the plaintiffs. And this was employed as a strategy by RCA in order to feign ignorance of the court proceedings. In 1987, RCA was absorbed by the General Electric Company (“GE”), another American company, and in 1988, the GE sold its consumer electronics department to the Thomas Consumer Electronic (“Thomas”), a French company, which later changed its name to Technicolor.

In the early stages of the case around 1990s to 2000s, RCA and its owner companies sometimes pretended that court notices had not been properly delivered to its offices, claiming that its addresses had changed even when local authorities had delivered court notices to their registered offices. Before the rise of the Internet, it was not so easily to find the relevant information to prove that RCA or its owner companies were pretending that court notices had not been delivered to owner companies in America or France, and unravelling the complex network of the relation. Some also suspect that the reason why RCA Taiwan continues to exist and was not shut down entirely was in order to prevent legal charges against RCA from reaching the mother company in America.

But thanks to the development of the Internet, it became easier to track down such information. As such, it was only in the late stages of the first hearing of the case that RCA began to send lawyers to try and mitigate charges against it, claiming it was not aware of this beforehand and that the reason why it was not aware of the case earlier was because of the transfer of ownership of RCA between so many companies. This was blatantly false, seeing as RCA used the same law firms and lawyers throughout different management periods of RCA. In addition, according to the record of the insurance claim filed by Thomson to its liability insurance company, RCA spent over 21 million NTD in three years on the case, despite feigning ignorance and not actually showing up in court during this period.

As for existing of the harms from the pollution, RCA sometimes claimed that it had not realized the health risks of pollution by the plant. However, environmental assessments conducted by RCA in the 1980s attest that the company was aware of the possibility of health risks caused by industrial pollution from the plant. RCA chose to take no action at the time, and to feign unawareness later on. Notably, more than three environmental assessments were conducted by RCA, not using Taiwanese experts, but experts flown in from America. These assessments were also conducted by RCA’s mother company, not the Taiwanese subsidiary, indicating the mother company was aware of the presence of environmental pollution. And, again, RCA workers also recall that they observed that in RCA’s main factory in Taoyuan, factory managers always drank bottled water and not water from the plant, suggesting that the Taiwanese management was aware of the health risks of industrial pollution from the plant.

Furthermore, given its substantial resources, in hiring five law firms, including the largest law firm in Taiwan and two in the US, RCA could mobilize an army of expensive lawyers. RCA was also able to fly expert witnesses from Harvard and Johns Hopkins to defend against charges, at great cost, and also drew on expert witnesses from a number of countries. RCA has sometimes attempted to make partial or biased claims about American law or other international law in the course of the case.

The Participation of Pro Bono Activist Lawyers And Doctors

KNOWING THE huge disparity in resources…