Breast cancer has had profound effect on Fort Myers minister 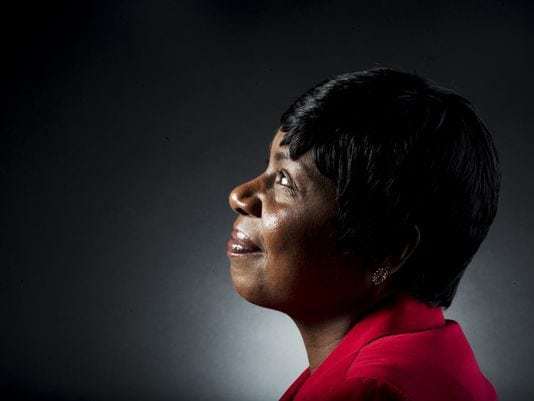 When the Rev. Canady Benjamin told her aunt Gloria White she had concerns about a growing lump under her arm a little more than a year ago, White made her promise she’d see a doctor.

It has been a great test of faith for Benjamin, a minister at Jesus Christ Outreach Center in Fort Myers. While she now eats better, exercises more, is more positive and feels her faith has strengthened, her thoughts weren’t always that way, especially when going through seven months of chemotherapy.

“I first thought, if this is the way it’s going to be, Lord take me, I’d rather be dead,” Benjamin said. “But He opened my eyes. I keep talking to Him to this day. He said, ‘I have something I need you to do.’ I can’t stop and give up. I gotta keep pressing. I’m in full control. And God has not abandoned me.

Janet Darnell, executive director of Partners For Breast Cancer Care and a breast cancer survivor, said Benjamin has been on this ride for awhile.

“She’s a very special person,” said Partners’ Rosemary Bulit, who has worked closely with Benjamin. “She has incredible faith. She’s a very strong woman. This has made her stronger and more understanding of the human side. She was very open to all experiences and she’s a voice for all women who don’t talk about their problems.”

Benjamin has the BRCA gene, which is what actress Angelina Jolie has.