Senators call for industrial barrel investigation to expand in a letter to EPA, OSHA 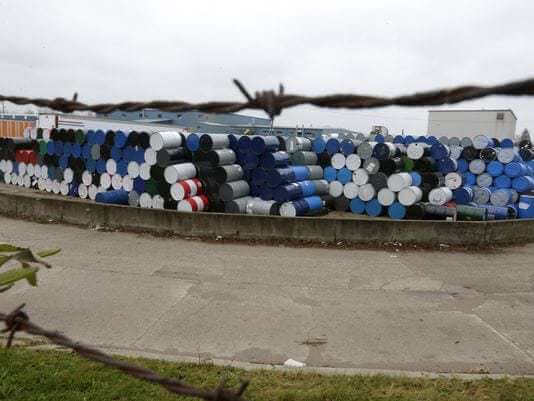 Two U.S. senators are calling on federal environment and workplace regulators to expand their investigations into industrial barrel refurbishing plants from three Wisconsin operations to 15 facilities in 10 states.

U.S. Sens. Tammy Baldwin (D-Wis.) and Joe Donnelly (D-Ind.) sent a letter Thursday to the heads of the U.S. Environmental Protection Agency and U.S. Occupational Safety and Health Administration, urging them to expand their probes as the U.S. Department of Transportation already has done.

A Milwaukee Journal Sentinel investigation, published in February, uncovered a series of problems that endangered workers and residents living near the facilities, which are operated by Container Life Cycle Management, a joint venture majority owned by Greif Inc., a $3.3 billion packaging giant based in Ohio.

Workers at the plants said chemicals were routinely mixed together, triggering dangerous reactions that resulted in chemical and heat-related burns, injuries from exploding barrels, breathing difficulties and other health problems.

The Journal Sentinel findings were based on 16 hours of audio recordings by a whistleblower; hundreds of pages of documents, including internal injury reports and safety audits; as well as public records and interviews with workers, regulators and experts.

The senators called on the EPA and OSHA — which already are investigating plants in St. Francis, Oak Creek and Milwaukee — to expand to an investigation of all 15 plants that make up EarthMinded Life Cycle Services, a network of independent drum reconditioning companies across the nation and the world, launched by Greif.

“Whistleblower accounts and news reports raise concerns that the company may be operating with dangerous practices throughout the organization,” the senators wrote in the Oct. 12 letter.

“Given concerning findings documented at sites in Wisconsin, all facilities connected to Greif’s barrel refurbishing business warrant prompt investigation to potentially save lives and prevent…