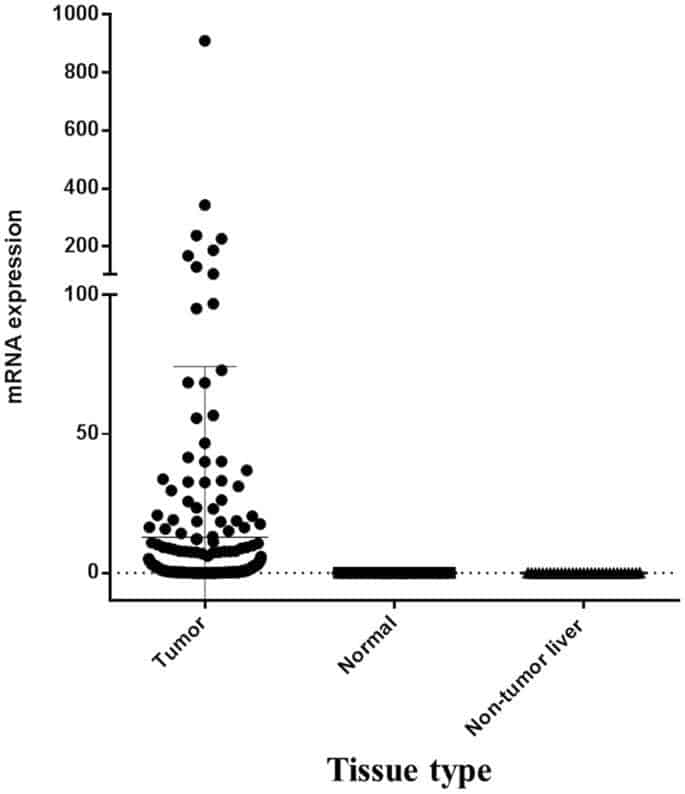 Hepatocellular carcinoma (HCC) remains one of the most challenging health problems worldwide despite the hepatitis B virus (HBV) vaccine, surveillance in high-risk patients, potent antiviral agents, and imaging and treatment modalities. Currently, HCC is the fifth most common cancer, and the second leading cause of cancer-related death worldwide1.

Telomerase reverse transcriptase (TERT) is a core catalytic component of telomerase that plays a crucial role in maintaining telomere length8. In most somatic cells, TERT expression is suppressed. In contrast, TERT is actively expressed in self-renewing cells, such as stem cells9. Overexpression of TERT and telomere dysfunction is frequently detected in a variety of human cancer specimens, including thyroid cancer10, bladder cancer11, melanoma12, and brain tumors13. This TERT overexpression is detected in up to 90% of cancer cells, compared to in <20% of normal cells14. Evidence has suggested that TERT overexpression in HCC is associated with poor clinical outcomes; however, this hypothesis was based on a small patient population, without consideration of other clinicopathologic factors that might affect clinical outcomes15. Therefore, it is essential to more precisely evaluate the role of TERT overexpression in HCC, as well as that of other clinicopathologic factors in homogenously-treated patients.