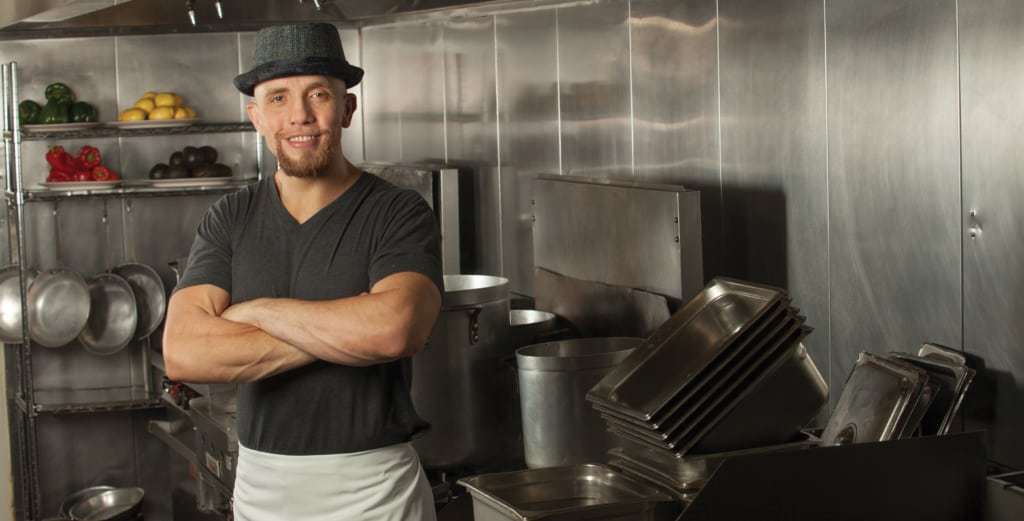 Some of Ronaldo Linares’s earliest memories are in a kitchen.

He remembers at age 5 standing on a milk crate, peeling potatoes at his parents’ restaurant and nightclub in Medellin, Colombia. To keep him out of trouble, they also put him in charge of boiling and hand-grinding corn for arepas.

“During that time, I was like, ‘This sucks,’” recalled Linares, now the executive chef at his parents’ Cuban restaurant in Somerville, New Jersey.

But those experiences and memories instilled in him a love of food. The cookbook author and contestant on Food Network’s “Chopped” has come a long way since the days he helped make the corn patties popular in his native Colombia.

The 36-year-old father of two honed his culinary skills when he was a cook in the Marines. Linares had to stick to a strict menu, but as he proved himself in the kitchen, he was allowed to cook Cuban shredded beef, garlic chicken and other dishes he learned to make watching his parents.

His passion for healthy eating comes from an earlier time in his life.

Linares gained a lot of weight after his parents moved the family to the United States. Wanting…