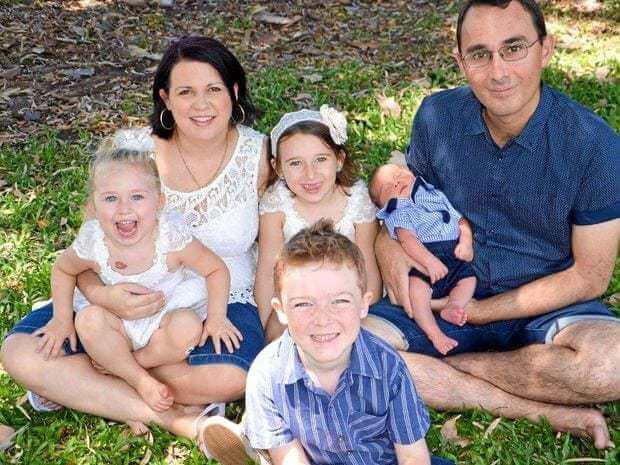 WAITING for a colleague to bring tools to a job site one night, Dan Peterson and a work mate were talking about what would happen if they were to die at work.

Dan’s mate said he knew his family would be okay since he had life insurance.

Just hours later, that same mate would be tying dirty rags around Dan’s crushed leg to stem the blood loss and comforting him while help arrived.

The father of four young children was lucky to survive the horrific accident, but has had to endure multiple surgeries and ongoing pain in the months since.

Speaking to The Morning Bulletin during National Work Safe Month, Dan said he never believed it could happen to him.

“I never, ever thought it would happen to me,” he said.

“Our entire savings are gone, everything that (my wife) had planned with her business which was going really well at Moranbah is totally gone now.

“It’s really, really, been very hard this last six or more months since this happened.”

Moranbah-based Dan was employed as a field service fitter with Hastings Deering when he clocked on for the first night shift of the week at Blackwater’s Curragh Coal Mine in May.

After some delays in starting their first big job for the night, Dan and a colleague got to work loosening bolts on a piece of machinery weighing 1.6 tonnes.

The third person on that night had been called to another part of the site.

During the maintenance, a massive piece of machinery fell unexpectedly.

It crushed Dan’s leg and ripped into his fingers.

The causes of the incident are still under investigation.

The pain didn’t hit straight away, as Dan went into shock for the first 20 minutes.

His colleague was distraught, but took charge by calling emergency services…