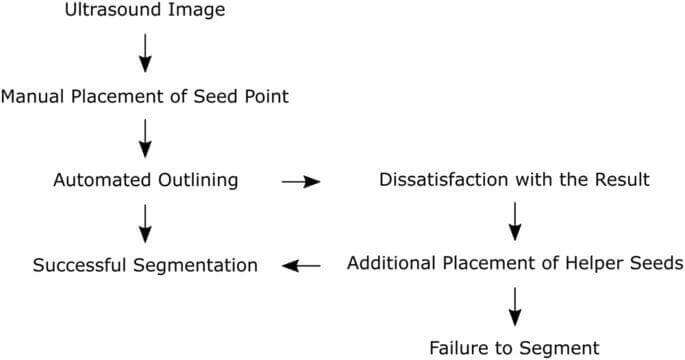 Pancreatic ductal adenocarcinoma (PDAC) has a poor prognosis, despite new developments regarding chemotherapy regimen in the last years, with a survival rate of less than 7% of all patients five years after diagnosis1. Additionally this disease is projected to become the second most common cause of cancer death in 20302. Most of the patients are diagnosed with a metastatic disease stage with no option for a surgical resection in curative intent3. New therapeutic options that were introduced in the recent years prolong survival of these patients diagnosed in a metastatic state4,5. The establishment of second line therapies even increase the duration of treatment6,7,8,9. Similarly, the second most common carcinoma arising from the pancreas, the neuroendocrine neoplasms (NEN), are also associated with a poor prognosis when diagnosed with liver metastasis10.

Due to the prolonged time of these patients receiving chemotherapy, the number of staging examinations, which are done every two to three months, is also growing11. Ultrasound (US) is a cheap and fast method to visualize focal liver lesions. It has a similar sensitivity regarding focal liver lesions in direct comparison to computed tomography (CT) or magnetic resonance tomography (MRI). Ultrasound is – probably due to the mentioned benefits – more widespread than CT or MRI and thus included as the imaging modality of choice in the German guideline for follow up of patients after resection of stage I or II colon cancer12. The ESMO – ESDO clinical practice guidelines recommend US for the response evaluation of pancreatic cancer patients undergoing palliative treatment13. Due to the fact that liver metastasis have different appearances in ultrasound, the interpretation of these images has a poor inter-observer agreement14,15. The outlining and segmentation of liver lesions for evaluation of their size often results in different values due to this poor inter-observer agreement. Semiautomatic segmentation algorithms promise a faster and more accurate way to segment lesions but are often performed on a small set of lesions by examiners that often worked with the algorithm before. Still computer aided automatic delineation of masses are successfully used for different image modalities like in radiation therapy using MRI images16 or in the detection of breast nodules in breast cancer screening using ultrasound17,18.

Using the medical platform MevisLab19, we implemented a computer-based method to measure focal liver lesions on B-mode US images via a semiautomatic method. The fundamental method has already been successfully applied to the segmentation of pituitary adenomas20, prostate central glands (PCG)21, vertebral bodies22, aneurysms and stenosis22, and even liver ablation zones23. A detailed description of translating the basic method for the application of US images has been previously reported by the authors24. In this study however, we aim to evaluate the method by users that never worked with the algorithm before and on a much larger set of data. We retrospectively identified 105 B-mode US images of liver metastasis generated during the treatment course of 56 patients with histologically confirmed pancreatic cancer. Two examiners outlined in a first session all lesions and determined the greatest diameter. In a second session after five weeks, the algorithm was used to measure the lesions in a random order. The examiners were given up to five minutes to measure ten images in order to learn how to use the program. Afterwards, they were asked to measure the 105 metastases using the algorithm. In summary, the two examiners were satisfied with the result of the semiautomatic segmentation in 92 and 94 of the 105 cases. Regarding these measurements, the segmentation of the liver metastasis took median 17.2 and 10.2 seconds using the manual method, compared to 9.5 and 8.2 seconds using the semiautomatic method. The median differences of manual and semiautomatic segmentations were significant (p < 0.01) in both cases. Additionally, we were able to measure the overlap of the areas measured with the manual and semiautomatic method using the Dice similarity scores (DSC)25 and the Hausdorff Distances (HD)26. This resulted in a median DSC of 84% (95% CI; 82.4–85.3) for examiner 1 and 82% (95% CI; 80.3–84.3) for examiner 2. The median HD were 9 (95% CI; 8.6–10.6) and 10 (95% CI; 9.4–11.2) pixels, respectively.

Ultrasound examinations were performed using a multifrequency curved probe, which allows ultrasound acquisitions with a bandwith of 1 to 6 MHz (LOGIQ E9/GE Healthcare, Milwaukee, Il, USA and Toshiba Aplio 80, Otawara, Japan). Using the digital picture archive of the ultrasound unit at the Katharinenhospital Stuttgart (Germany), we retrospectively selected images of liver metastasis obtained from patients with PDAC or NEN. The images were included, if they fulfilled the following criteria: visible metastases surrounded by liver tissue with no visible marker or text overlaying the target lesion. Patient information was removed from the image, and the anonymized picture was subsequently ordered randomly. The local ethics committee (Ethik-Kommission der Landesärztekammer Baden-Württemberg, Stuttgart, Germany) provided a waiver of the requirement for informed consent for this retrospective study and allowed the publication of anonymized data.

The segmentation method applied in this evaluation study belongs to the class of graph-based algorithms27 and the section follows the explanations in ref.24. Graph-based algorithms convert an image or parts of it into a graph G(V, E) that consists of nodes n ∈ V and edges e ∈ E. The nodes n ∈ V are sampled in the image joined by two virtual nodes s ∈ V and t ∈ V, which are called the source and the sink, respectively. The two virtual nodes s and t are utilized to perform an s-t-cut28 after the graph construction. In doing so, the graph is split in two parts: the foreground (which could be the liver metastasis) and the background (which could represent the remaining surrounding liver tissue). Moreover, the edges e ∈ E establish direct connections between the sampled and two virtual nodes, like an edge <v i , v j > ∈ E that connects the nodes v i , v j 29. In our approach the graphs’ nodes are sampled along radial rays, which are equidistantly distributed around a fixed point in a clockwise manner (Supplementary Figure 1). After the nodes have been sampled, the so called ∞-weighted intra-edges that connect nodes along the same ray are set up (Supplementary Figure 2). In summary, the ∞-weighted intra-edges ensure that the s-t-cut affects only one of the edges that belong to the same ray, which ensures a star shaped min-cut/max-flow result30. Following, the ∞-weighted inter-edges between nodes from different rays are set up (Supplementary Figures 3 and 4). Here, a delta value Δr influences the number of possible s-t-cuts, hence influencing the smoothness of the segmentation result. In practice, the greater the delta value, the greater is also the flexibility of the segmented contour. However, for our evaluation study, we set the delta value to a fixed value of two (Δr = 2). In the ensuing step, the weighted edges between the nodes and the source/sink are set up. Therefore, an average gray value is needed and sampled on the fly around the user-defined seed point. The average gray values is used to determine the absolute differences between this average gray value and the gray values behind the sampled nodes. Last but not least, the differences between two adjacent absolute values are calculated, which finally represent the weights of the edges. Note, that the signs of the differences (negative/positive) define if a node is bound to the source or the sink, with the exception for the very first and last nodes of every ray, which are bound with their absolute weight values to the source or sink, respectively. In fine, our graph construction replaces the pre-defined templates with fixed seed point positions used in previous works21,31,32, with a circular template centered around a user-defined seed point in the US image.

Manual and semiautomatic measurement was performed on a Lenovo Yoga 2 Pro laptop with an Intel Core i7-4500U CPU @ 2.40 GHz, 8 GB RAM and Windows 8.1, 64 bit installed. Two examiners with over 10 years-experience in performing and interpreting over 20,000 ultrasound examinations performed the measurements. The chosen images were never tested with the algorithm nor…