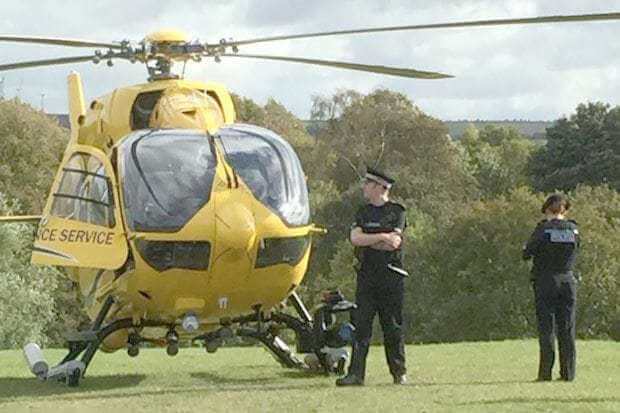 A blast ripped through the town of Wishaw in North Lanarkshire – and a fire has broken out.

Police have sealed off the street and witnesses say locals are not being allowed through.

Nearby buildings have been evacuated and at least 10 firefighters are tackling the fire.

Medics treated casualties at the scene and two people were taken to hospital.

An air ambulance has been scrambled suggesting an expectation some might be very serious.

Lanarkshire Police said: “Around 1.35pm, police were called to a report of an explosion within a building in Bonkle Road, Newmains, Wishaw.

“Emergency services are at the scene and two injured parties are being treated by ambulance.

“Police enquiries are ongoing and a number of nearby properties are being evacuated at a precaution.”

The local MP has spoken of his shock at the incident.