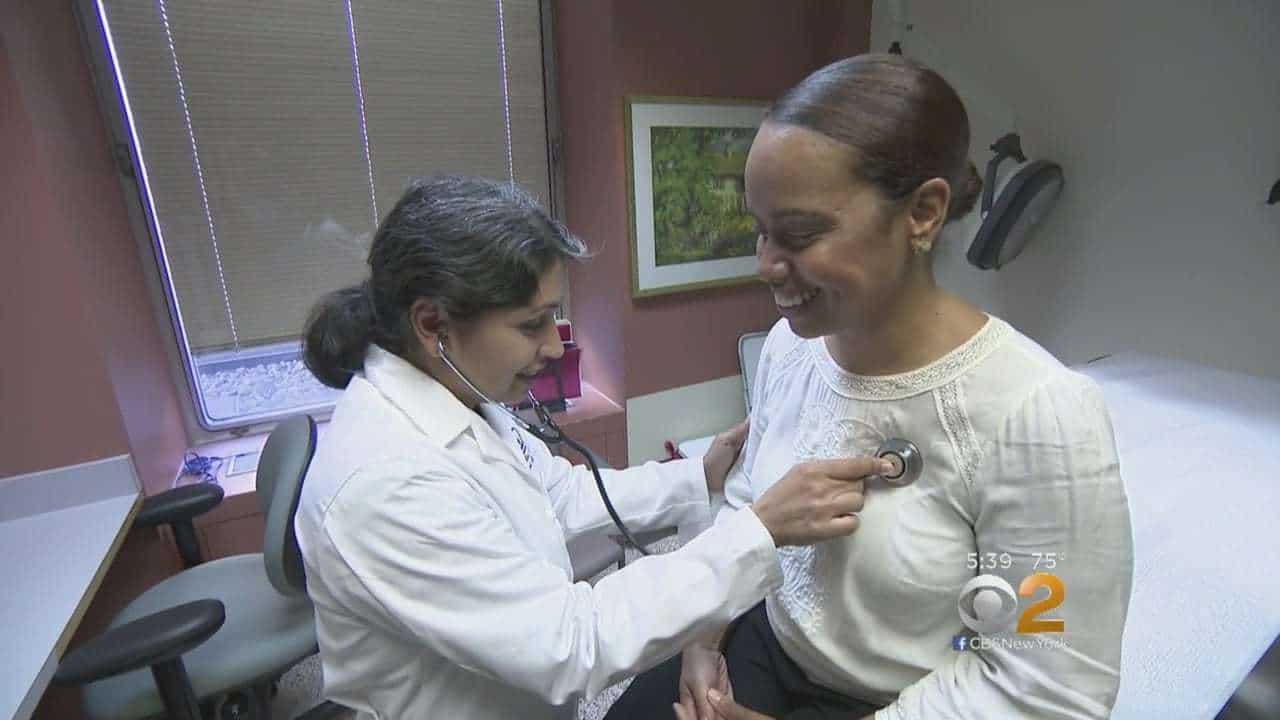 NEW YORK (CBSNewYork) – October is Breast Cancer Awareness Month, and Wednesday it was announced that breast cancer death rates are going down.

But as CBS2’s Dr. Max Gomez reports, the good news comes with a warning: A major cancer risk factor is on the rise.

There are actually a couple of cancer risk factors that are going up. One is that the population is growing older, which is a major risk factor but one we can’t do anything about. The other is that we’re growing fatter as a nation, which is a less well-known risk factor.

Even so, breast cancer death rates are declining.

As Dr. Max reports, Eileen Fuentes is a very luck woman. She found a lump in her breast while she was breast feeding her daughter. A mammogram confirmed her worst fear – breast cancer.

“I had surgery — So I had a bilateral mastectomy with reconstruction. Then I went through four and a half months of treatment,” she said.

That was nine years ago, making Fuentes one of a growing number of breast cancer survivors.