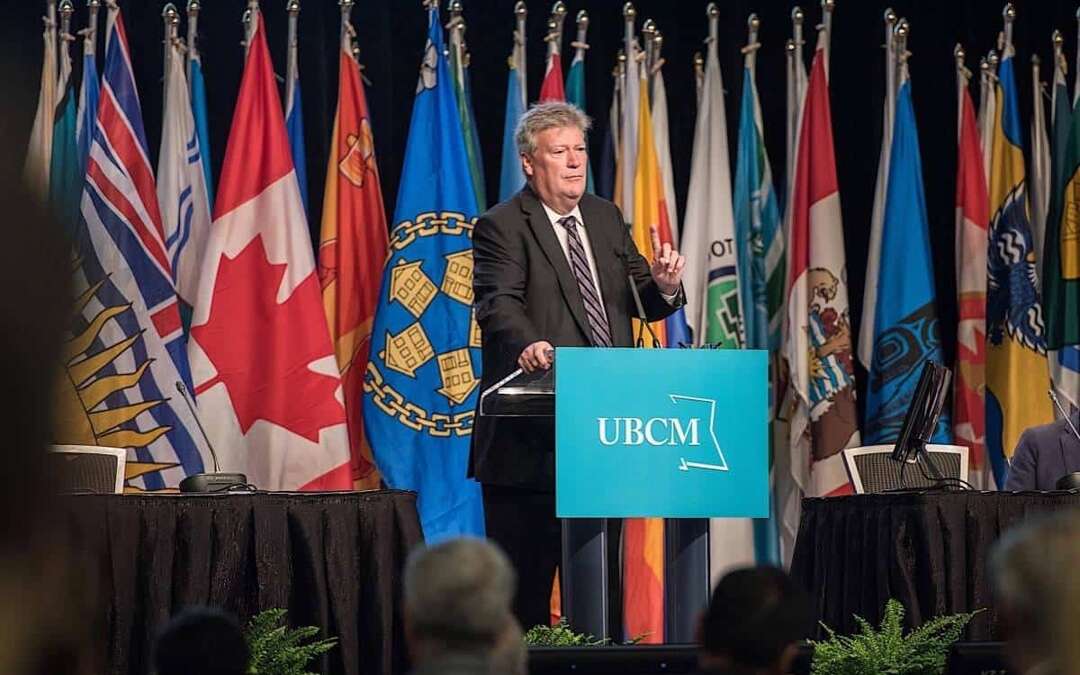 Opposition leader Rich Coleman used his first and likely only speech at the Union of B.C. Municipalities convention to urge local governments to face “the eye of the storm” and move ahead with more supportive housing for people with mental illness and addictions.

Speaking to the convention in Vancouver Thursday, Coleman related the story of former Nanaimo mayor Gary Korpan, who was in office when Coleman first took over the provincial housing file in 2004 and began a 15-year push to expand services.

Korpan told his council to “step up” and identify five sites to house mentally addicted people, Coleman said, facing the hundreds of angry people who descend on every public hearing for those kinds of services in communities across the province.

Those five sites are built today,” Coleman said. “Gary lost the next election, because he stood up for what he…