Julia Louis-Dreyfus’ cancer disclosure shouldn’t be a model for everyone. Consider this first. 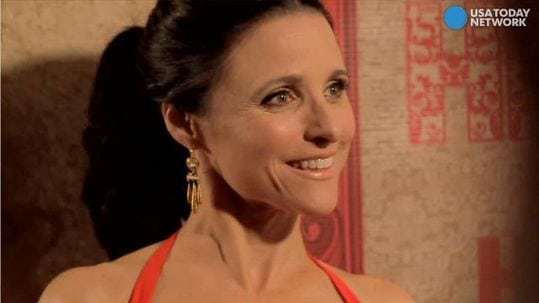 My heart skipped a beat when I saw actress Julia Louis-Dreyfus’s disclosure on Twitter that she has breast cancer. In a completely matter-of-fact way, the Emmy-awarding winner actress tweeted: “1 in 8 women get breast cancer. Today, I’m the one.” Like that, the world knew about her diagnosis.

As a cancer survivor myself, I’m all for being more open about our medical diagnoses because they reduce stigma, allow us to get the help we need, and—if anything—be authentic at a time of much stress. But self-disclosure, especially via social media, isn’t for everyone.

More: Julia Louis-Dreyfus: ‘One in eight women get breast cancer; today, I’m the one’

More: ‘Veep’s’ Julia Louis-Dreyfus: ‘World would be better if more women were in charge’

Despite greater acceptance, there’s still considerable stigma about various cancers, and other serious conditions. You may be blamed for your disease, ostracized by family or friends, fired from your job (even though that’s not legal in the United States), or left by a loved one.

“It’s got to be a very individual situation,” said Steven Joffe, MD, chief division of medical ethics at the University of Pennsylvania Perelman School of Medicine, since some people may want to choose to protect their privacy.

For a star like Louis-Dreyfus, already a public figure with a history of speaking out on social causes, there’s little down side and a much bigger upside in terms of drawing media attention to a disease that will strike more than 230,000 women this year, according to the American Cancer Society, and kill 40,000. The public outpouring of support—everyone from her current VEEP co-stars to former vice-president Joe Biden—has only been supportive.

Still, there are possible repercussions. For instance, actors must remain insurable to get work. In this case, HBO, which produces Veep, says it supports Louis-Dreyfus and will delay production of the series as necessary. Not everyone facing a serious illness finds such an embrace from his or her employer.

Questions to ask before making a disclosure of serious illness online?

1. Are you sure of the diagnosis? With more than 12 million adult misdiagnoses a year, according to a 2014 study published in the journal BMJ…