4 dead, over 26 injured in poll chaos in Nyanza, Machakos 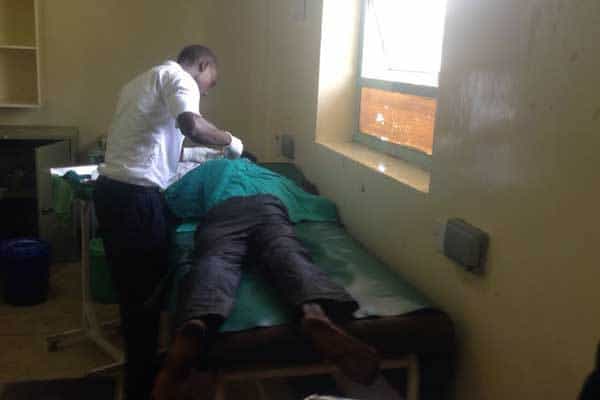 Three people have been killed and more than two dozens injured in chaos related to repeat presidential election in Nyanza.

Two of the victims died after police and anti-election protesters, allied to the National Supper Alliance (Nasa), clashed in Kisumu and Homa Bay on Thursday.

The third, an unidentified man, was killed when a mob attacked him in the wee hours of Thursday morning at Car Wash in Migosi Ward.

The man shot in Kisumu died while undergoing treatment.

Of the 16 casualties rushed to the hospital by 2pm on Thursday, at least six suffered gunshot wounds, doctors said.

The victims claimed they were dragged out of their houses and clobbered as some were shot by anti-riot police.

He suffered gunshot wounds on the thigh and the groin and was bleeding profusely before he passed on.

Mr Chrispine Ochieng, 20, who is receiving treatment at the hospital, claimed he was shot in Nyalenda after he was dragged out of the house.

He also sustained a gunshot wound in the groin and is currently admitted to the hospital.

Mr Bernard Osiako, another patient, said he was on his way from town when he was hit by a bullet on the shoulder at Muskiti area near Kondele.

“The police officer who shot me was at the fly over. I was not part of the demo,” said Mr Osiako, a mechanic.

Others who were also injured were Samuel Ooko who was shot on the knee in Mamboleo, while Godfrey Ochieng suffered gunshot wounds on the neck in Manyatta.